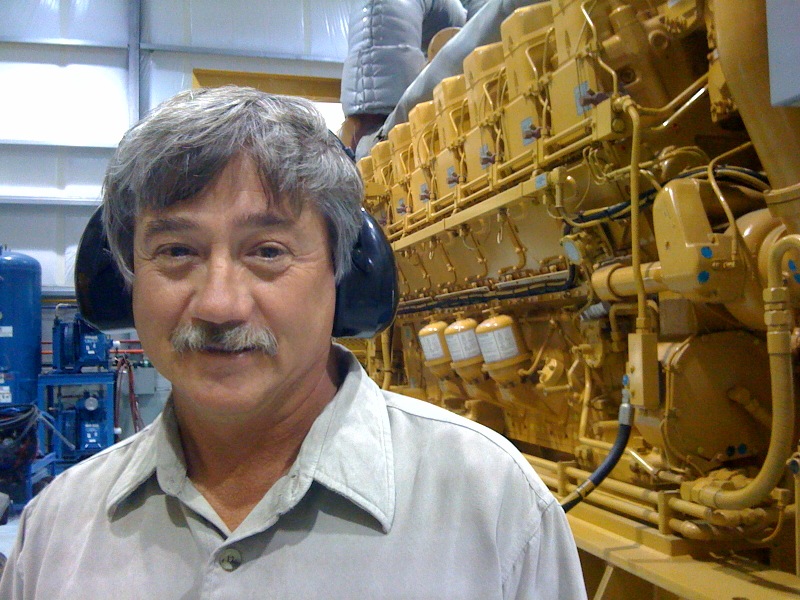 Sitka | The Sitka Assembly has proclaimed October to be Energy Awareness Month in Sitka. It’s part of an effort to alert the public to what city officials are calling an energy crisis.

Demand for electricity in Sitka is outpacing the city’s ability to generate it from two hydro projects at Blue Lake and Green Lake. To compensate, the city can burn diesel fuel in massive, building-sized generators. But doing so is costly.

Sitka resident Joel Hanson testified on the Assembly’s resolution. He said he’s applied for a weatherization grant to help make his home more energy efficient, and encouraged others to do the same.

“We hope to have about $8,000 worth of improvements done to our home in the next couple months, and it’s going to save us a boodle in the long run,” Hanson said. “So, energy awareness: good. Weatherization: great.”

Assembly member Mim McConnell challenged residents to see how little electricity they could get away with using in the month of October.

“Just one month,” she said. “See what you can do. See what you can cut back on. Maybe you’ll find that, ‘Oh, maybe that wasn’t so bad. Maybe I can even make it two months.’”

Ideas for saving energy include turning off the television when it’s not actively being watched, hanging clothes up instead of machine drying them, and not doing laundry during peak hours. 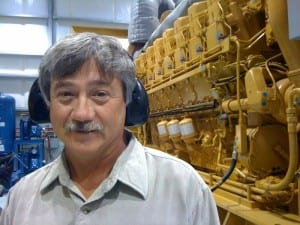 Sitka utility Director Christopher Brewton stands in front of a massive diesel generator. The city uses these generators when demand for electricity is higher than what Sitka's two hydropower plants can produce. (Photo: Ed Ronco)

“Our peak times are typically from 6 a.m. to 9 a.m. when everybody’s up and getting ready for work, and then in the afternoon from 4 p.m. to 7 p.m., when folks come home and do all their evening chores prior to bedtime,” said utility Director Christopher Brewton.

He says analysts are studying a new utility rate structure for Sitka. They’ll visit Sitka next week to review models and will likely return later in October to brief the Assembly on how rates should change. A likely scenario is a rate structure that rewards people for conserving energy.

“Most utilities are switching to what’s called an ‘inclining block rate structure,’ so as you use more, your cost per unit goes up,” Brewton said. “So your first initial block of power will be at a certain rate, the next block will be at a higher rate, and so forth and so on.”

The objective, Brewton says, is to avoid putting all four hydro generators online at the same time. Brewton says keeping it to three will help lake levels recover and save energy.

Assembly member Phyllis Hackett said the city has lost some business as a result of the energy crisis. She said she was telling some friends about a fish waste plant that was considering building an operation in Sitka.

“We ended up losing them as a company because we didn’t have enough power to offer them, and they would have had to bring in their own diesel generation,” Hackett said. “This group I was sitting around, two people in the group turned to me and said, ‘Is that really true? Is that really a problem?’ And I was a little bit shocked by that, because every meeting we sit up here and something comes up about energy and we say it is really a problem. It’s the biggest problem we’re facing right now and it’s really the responsibility of every resident to help us with this because it effects every single one of us individually.”

Hackett and other Assembly members hope that by calling October “Energy Awareness Month,” fewer people will be asking if it’s a problem and more people will be acting on it.