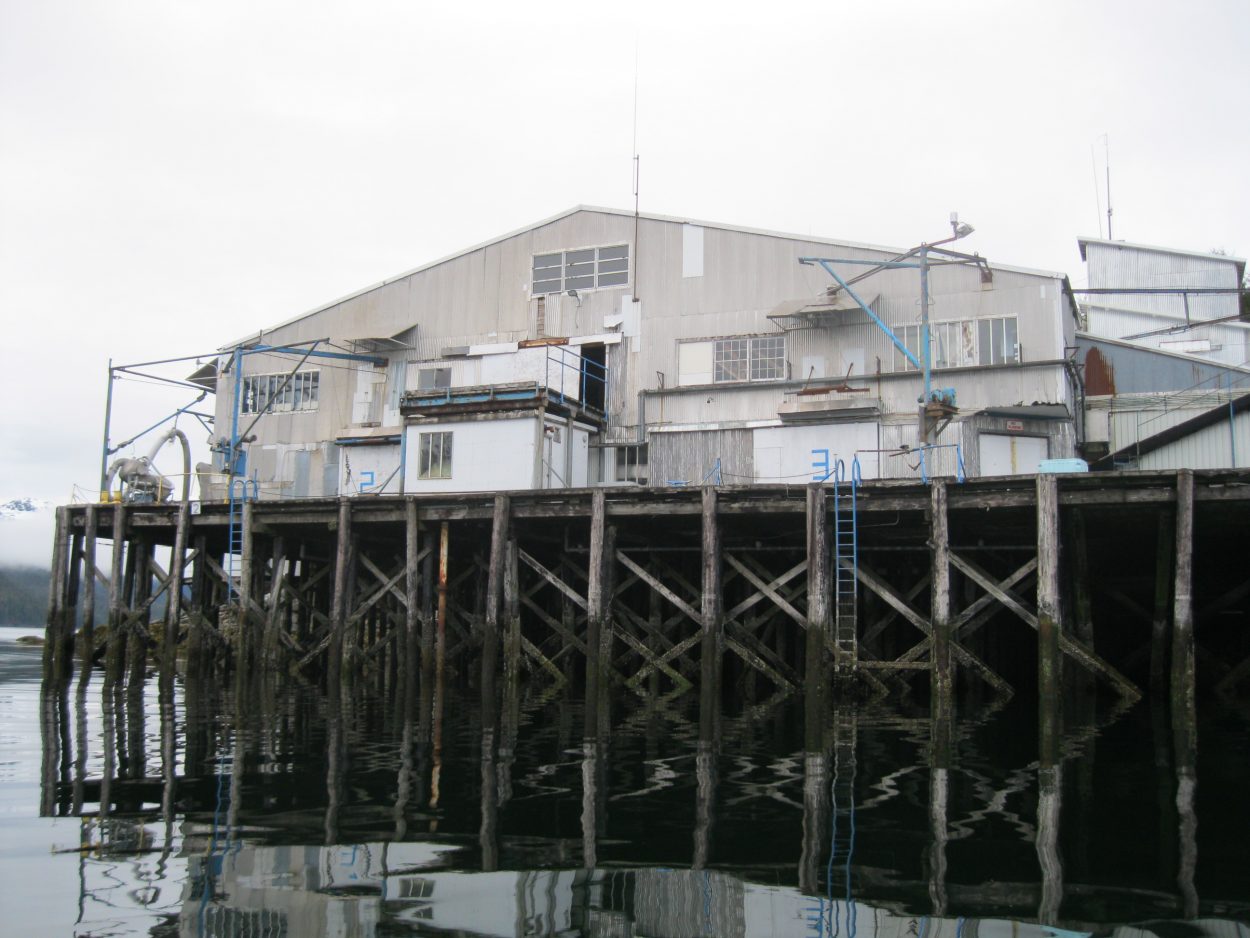 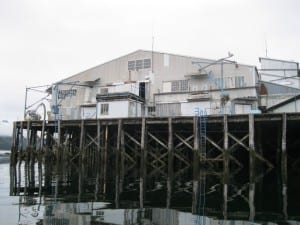 In addition to buying the fuel dock and utility, the City of Pelican also will take control of this cold storage and fish plant, which it foreclosed upon last year. (Photo: Ed Ronco)

The City of Pelican is parting ways with Kake Tribal Corporation. The Lisianski Inlet community of 88 people will acquire Kake Tribal’s assets in town, which include a fuel dock and Pelican’s electric utility. The city also will take control of the massive fish plant, which has been closed for years. The city foreclosed on it in 2010.

Under the deal reached with Kake Tribal Corporation, the City of Pelican will pay $400,000 to acquire the fuel dock and the electric utility located in the small community. It also will forgive the $71,000 redemption fee on the cold storage, which the city had foreclosed upon.

The last component of the deal is that the city will buy whatever fuel is currently in inventory, paying inventory prices – not the markup charged to consumers.

City leadership says the hope in Pelican is that municipal ownership will prevent money from flowing out of the community.

“This is as big as it gets for Pelican,” said Clint Bean, Pelican’s mayor. He says the deal isn’t done yet. Both parties have signed off on it, but there are still regulatory hurdles to clear with the state.

“Well, I think when it’s done it means that the city pretty much holds its future in its own hands,” Bean said.

And that, Bean says, is what his citizens have been hoping for: a chance to let the economy recover from the body blows it’s received in recent years. The closure of the fish plant and cold storage took scores of jobs away from the community. The flume that brings water down to Pelican’s hydro generator broke, and energy prices skyrocketed. In 1990, more than 200 people lived in Pelican. At the last census, the number was 88.

“We can only improve from here and that’s the goal, is to get everything centralized, get everything on track, and strengthen our economy, and invite people and get more visitors, and move forward,” he said. “I think this is the first of many steps in that moving forward.”

The fish plant and cold storage will have a long way to go before becoming functional again. Its future is at least partly in the hands of the larger fishing economy. But the city received a grant for an ice machine that it hopes will bring some boats back.

Pelican residents are still using diesel instead of hydro for their electricity, but repairs continue on the flume and the utility’s infrastructure. Once they’re complete, officials hope energy prices will drop below their current 50 or 60 cents per kilowatt hour.

“Boat fuel, stove oil, and gasoline. And then you throw in propane,” he said. “So pretty much, anything and everything we use out here.”

The city will buy the current fuel at inventory prices, not at the markup charged to customers, and will then be able to sell fuel citywide. It’s a stream of income that Bean says is now flowing back into Pelican.

“Any monies that were leaving the city are going to stay in the city, thereby strengthening the local economy and enabling us to rebuild, reconstruct and strengthen our infrastructure,” he said.

Kake Tribal Corporation’s chief executive, Vicki Wolfe, declined to comment on the arrangement until the deal is completely finalized.