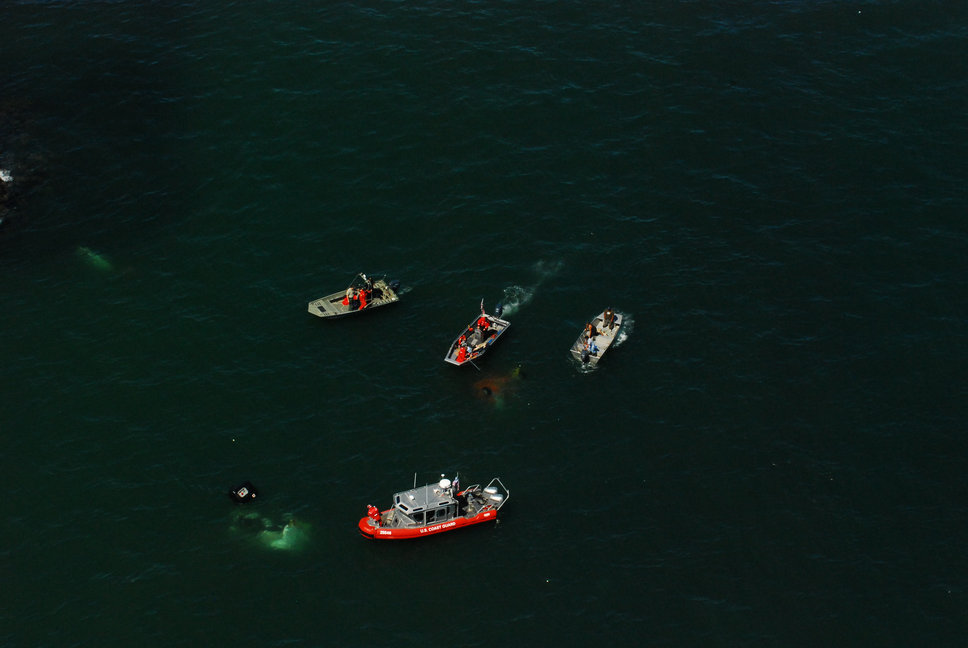 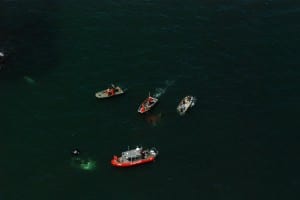 Sitka | The U.S. Coast Guard has brought criminal charges against the sole survivor of a 2010 helicopter crash in which three people from Air Station Sitka died. Lt. Lance Leone is facing possible court martial for negligence and the death of two of his crewmates — all violations of the Uniform Code of Military Justice, and all charges he intends to fight.

In July of 2010, a newly refit Jayhawk helicopter was flying to Sitka from Astoria, Oregon, when it ran into some power lines strung across a channel and crashed into the water off La Push, Washington.

He’s now facing three charges from the Coast Guard: The first is that he negligently failed to navigate the helicopter away from charted hazards, and failed to make sure it was flying above 500 feet, in accordance with Coast Guard policy. The second charge is for the destruction of military property – the chopper – which was valued at $18.3 million dollars. Both of those charges are misdemeanors.

The third charge is a felony. The Coast Guard says Leone negligently caused the deaths of Hoke and Banks. There are two counts, each carrying a maximum of three years in jail. Leone is not facing charges in connection with the death of the helicopter’s commander, Sean Krueger.

The charging document amounts to what would be a criminal complaint in civilian courts. The Coast Guard intends to convene an Article 32 hearing – which is similar to a grand jury – to determine if Leone should be court martialed.

“The Article 32 hearings are not used to determine guilt or innocence,” says Chief Petty Officer Kip Wadlow, a Coast Guard spokesman. “It is a review of the evidence that’s been collected, along with the potential charges that are being faced by the member.”

Wadlow says an investigation began immediately following the crash of helicopter 6017. The details of that investigation have not been made public, and the Coast Guard says they won’t be released until after the proceedings regarding Leone are concluded.

But a former military lawyer says the damage might already have been done.

Pharr is in private practice in Anchorage. But he spent most of his career as a Judge Advocate General in the Army.

He says in cases like this, acquittals are common, but even charges are enough to do serious harm to a military career.

Leone’s attorneys have asked him not to speak to the media during this phase of the process. In addition to a military-appointed lawyer, Leone is represented by Anchorage attorney Phillip Weidner, who did not return calls for comment.

Efforts in Sitka are underway to establish a legal defense fund to help Leone with expenses.

Pharr says the charges against Leone are extraordinarily serious, but not unprecedented. Military accidents always involve an investigation, and often, officers connected to the incident face some sort of consequence.

“In addition to the tragedy of whatever happened, if a training accident happens on your watch, you know that it’s going to potentially impact your career,” Pharr said. “Not only your career, but the careers of everybody up the chain of command.”

But Pharr also says Leone’s intention to fight the charges is a good move, especially in light of the felony counts.

“Oh, you have to defend yourself,” he said. “If you’re convicted of a felony, there’s a lot of disabilities involved in being a felon. You can’t serve on a jury, you can’t vote, you can’t possess a firearm. There’s a lot of reasons to not be a felon. Because that’s the way our system works, he should fight it. He should definitely fight it all the way.”

Wadlow, the Coast Guard spokesman, says the officer who presides over Leone’s Article 32 hearing will release the findings to Rear Admiral Thomas Ostebo, who commands the Coast Guard district encompassing Alaska. It will be up to Ostebo whether the findings proceed to a court martial, whether the charges are dropped, or whether the matter is handled administratively. Leone’s hearing is tentatively scheduled for December.