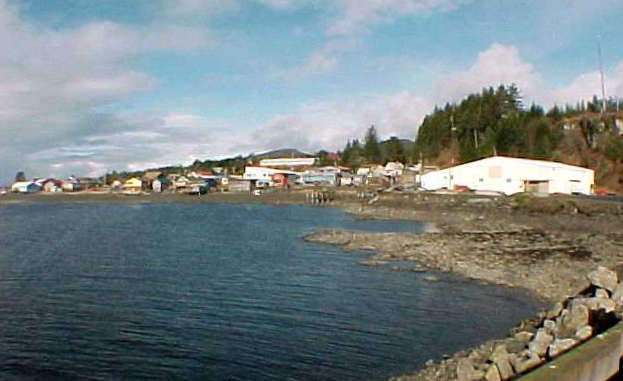 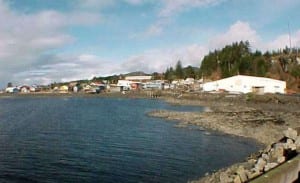 The City of Kake will celebrate its 100th anniversary this weekend. The three-day festivities include reflections on not only the community’s history, but also its culture.

Kake is a community of nearly 600 people on northwest Kupreanof Island. And on this Wednesday afternoon, Mayor Henrich Kadake is among those preparing for company.

“We’re just getting our food ready, and making sure we’ve got everything in place, making sure our guests all had a place to stay,” Kadake said. “We don’t have any idea how many people. We might end up with extra.”

Kadake says they’re hoping for 100 visitors on this, the city’s 100th birthday. Friday features a health and career fair along with an arts and crafts fair, and an evening social.

“It’s just where they do all kinds of games and all the other stuff, and they have box socials, just like they have any other place,” he said. “It’s a suitcase thing, and the balloon racing, and passing the oranges. Stuff we used to do years ago.”

The festivities are officially the “100 Year Kake Day Celebration.” But don’t let the idea of a centennial fool you. Yes, Kake is celebrating its 100th anniversary, but the number only applies to the city government, which was established in 1912. In reality, the area around Kake has been home for Tlingit people for hundreds, perhaps thousands of years.

Saturday afternoon is dedicated to Tlingit traditions. There will be presentations on speech making, on protocols of death, on party planning, Tlingit naming, and finally, a pot-luck with traditional foods and dancing.

And then on Sunday, an evening ceremony honoring the past, celebrating the present and looking to the future. Mayor Kadake will be among those discussing the town’s future.

He’s been mayor for six years, and a Kake resident all his life — some 67 years — which constitutes more than two-thirds of the city’s history.

“In my lifetime, it changed a lot,” Kadake said of his city. “We have blacktop roads. We’ve got a blacktop airport. … It’s just changed a whole lot. It’s a whole lot different than it was when I started, 67 years ago.”

There are some real issues on the horizon as the city attempts attract hydropower, and grow its infrastructure. We asked Kadake what he thought they would be talking about when Kake celebrates its bicentennial.

“I wish I could tell you that,” he said. “I know, I hope, they’ll be looking back and saying that in our era, we finally got cheap energy in our community, where our people can afford to live here.”

But the main thing, he hopes, is that people who visit have a good time celebrating Kake’s anniversary, and that those who stay after the party’s been cleaned up, have a place they can call home well beyond the century ahead.

“The most important thing is my people,” Kadake said. “My people are really special for me, and I’ve been trying to work real hard and make sure our people are taken care of.”

The 100 Year Kake Day Celebration begins in Kake on Friday at 10 a.m., for the general public. The festivities end with a Grand Exit and the presentation of commemorative canoes at 8 p.m. Sunday.