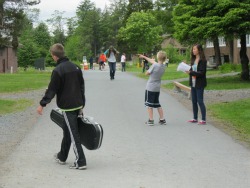 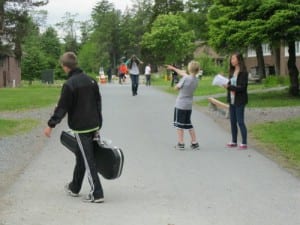 The Sitka Fine Arts Camp is a finalist for a national ArtPlace grant.

ArtPlace was set up by private foundations and government agencies. They includes the National Endowment for the Arts and six of the nation’s largest banks.

This year, the grant program is expected to distribute a total of $15 million to dozens of arts organizations across the country. The Sitka Fine Arts Camp, which operates under the nonprofit Alaska Arts Southeast, is one of 128 organizations in 68 cities to make the short list. There were more than 2,000 applications.

Roger Schmidt is executive director of Alaska Arts Southeast. He says the goal of the money is to help create places for art to happen.

“They decided there was a really important role that art had in making a community livable and, if you will, lovable,” Schmidt said.

The Fine Arts Camp applied for a $350,000 grant. It hopes to use the money to make its 19 buildings more usable in the winter months. Schmidt says there’s still $20 million of deferred maintenance on a historic campus that will require constant upkeep. The strategy so far has been to take one step at a time on the campus, and the potential ArtPlace grant would be a big help.

“It gives us some breathing room to get to the next step and get some more people on the campus doing more things,” he said. “We’ve got a long road, but it’d be a huge help toward making it on into year two and year three.”

The trustees of the former Sheldon Jackson College donated the core campus to the Sitka Fine Arts Camp in February 2011. The 19 buildings fell into disrepair after the college closed in 2007.

Carol Coletta is director of Chicago-based ArtPlace. She says her group’s mission is to develop artistic endeavors that make communities more vibrant. That vibrancy, she adds, can drive economic success.

“Most communities, most mayors, most economic development officials now get the fact that talent is critical to their economic success,” she said. “In other words, it’s hard to be cheaper than many of the places we’re competing with around the world. So, you can offer tax incentives, you can try to offer cheap labor, but in the end, that’s probably not a winning strategy. It’s certainly not a sustainable strategy in the United States. So then, the question becomes ‘What else can we offer?’

She cites studies that show people drawn to communities where there are things to do. Coletta cites the Sitka Fine Arts Camp as an example of building just such a place.

The grant winners will be announced in May.

“I’m looking forward to learning from Alaskans how to do this work better,” Coletta said. “Because they’re doing it.”