Subsistence board: Angoon petition goes too far too fast 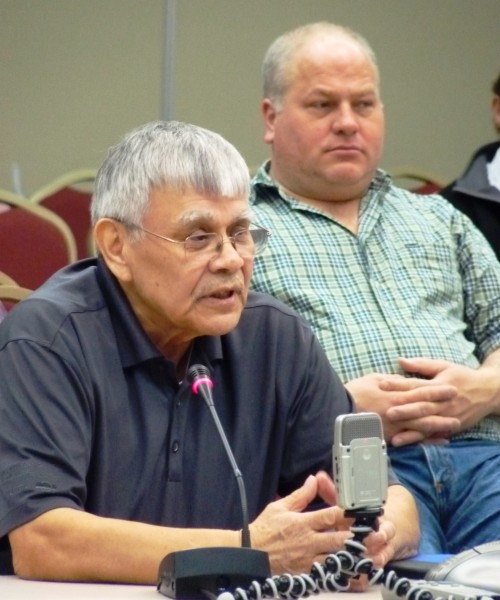 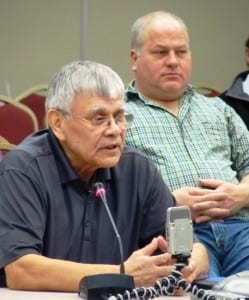 The Southeast Alaska Subsistence Regional Advisory Council says it’s too early to turn state management of sockeye and some other fisheries over to the federal government.

“We found that it would be very difficult to extend extraterritorial jurisdiction in the areas that Angoon is concerned about, because it was not only going to affect those areas, but other areas as well, such as Kake or Hoonah,” said Bertrand Adams Sr. of Yakutat, who chairs the council.

The proposal came from Kootznoowoo, Angoon’s village Native corporation. It asked the Federal Subsistence Board to back a federal takeover of northern Chatham Strait fisheries.

The corporation and village leaders said that would increase subsistence sockeye salmon harvests. That’s because the federal government gives customary and traditional fishing a higher priority. But Adams says the proposal might not allow that to happen.

“We also found the secretaries of the Interior and Agriculture do not have the authority to manage the resources. All they can do is shut things down,” Adams said.

A regional advisory group’s opinion on a proposal can strongly influence the statewide subsistence board. That panel will send its recommendation to the federal Interior and Agriculture Departments. But it will not be made public.

Kootznoowoo officials were disappointed with the decision. Board Chairman Floyd Kookesh, also an advisory council member, said its recommendation is incomplete.

“One of the things we really have been struggling with is having the state and the federal governments working together. That’s what we’re looking forward to seeing happen. And we’re doing this not just to create friction, but to make it better for the subsistence user and for Angoon,” Kookesh said.

The advisory council did recommend reexamining management plans for the area’s seine fishery and the nearby Hidden Falls hatchery. And it called for studies and regulatory changes to increase Angoon’s sockeye catch. 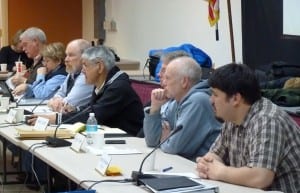 The Federal Subsistence Board listens to testimony. Ed Schoenfeld photo.

Representatives of government agencies and fishing groups suggested a variety of solutions at the meeting. Kookesh worries whether they will follow through.

“It sounded very sincere, we seem to have had some good people out there. But the one thing that we wanted the most was to get it in writing. We seem to be a little lacking because once this meeting is over, people are going to kind of go away. And we’re hoping we can maintain the momentum where we can keep them there,” Kookesh said.

Sealaska General Counsel Jaeleen Araujo, who is from Angoon, said the regional Native corporation backs the plan. She said the federal government has a better policy on subsistence – but doesn’t always use it.

“The problem that we’ve had and continue to have is while it’s a federally recognized right, it’s not always a federally protected right,” Arujo said. “We have the federal agencies … that are too quick to delegate or give up jurisdiction to the state. Federal agencies often simply adopt the state bag limits and harvest limits without making their own determinations and considerations.” 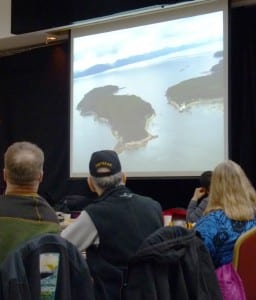 Others talked about how subsistence sockeyes fit into Southeast Native culture. Alfred McKinley Senior, who’s fished since 1944, said those catching the fish share with those who can’t. “In Tlingit we say … you help each other. That’s how our people are,” he said.

Commercial fishermen, hatchery and industry groups testified against the petition, calling it overkill.

“I think before we get to the point where we’re eliminating whole areas for fishing, we need more research, more data, and a better understanding of what’s happening,” said Petersburg’s Jeremy Jensen, who seines in Chatham Strait.

Others said part of the problem is a key spawning route with a difficult waterfall. They suggested blasting or building a fish ladder below Kanalku Lake, where Angoon residents harvest sockeyes.

“Can’t we fix the frigging falls first? Let’s get the fish in the lake and worry about who owns them next,” said Bob Thorstenson of the Southeast Alaska Seiners Association.

If recent history holds, federal officials will make their decision on the petition within four to six weeks.

Both sides testify on subsistence controversy