The Sitka Assembly promised $300,000 to the Sitka School District last night. The decision is basically a pledge to provide extra money in case school funding from state and federal sources doesn’t come through. If the money does come through, the schools will pay back the city.

Sitka Schools must complete its budget for next year before it knows whether it’s getting additional funding from the state or federal governments. Assembly member Thor Christianson suggested that the city pledge some money that would be paid only if the other sources don’t come through. 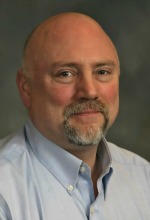 But Christianson’s suggestion didn’t come without controversy. Earlier this month, Mayor Cheryl Westover involuntarily recused Christianson from the discussion about the money.

Christianson’s wife teaches in the school district, and Westover said Christianson mentioned her wish to have lower class sizes immediately before he proposed the additional funding. She said he had an “extreme bias.”

Westover reiterated her stance last night, again ruling that Christianson should not be able to participate in the conversation. Westover gave Christianson time to rebut her ruling, but cut him off when he suggested her ruling was politically motivated.

Westover ordered the microphones turned off and put the Assembly into recess. It’s the second time in her administration that she’s cut the mics on an Assembly member. The first was when Phyllis Hackett failed to yield after being called out of order during a January debate over Pacific High School.

After the recess, the Assembly voted unanimously to override Westover’s ruling. Christianson was allowed back into the debate.

Sitka Schools Superintendent Steve Bradshaw said the city has the ability to help out the school district.

“Now that you’ve sat here and yelled at me, I don’t know where to begin,” Blake said. “Last year I was very supportive of the schools. We were very proactive about moving money your way, and you know I was at that table. But the way I’ve been treated here tonight, I don’t know what to say to you, sir.”

Bradshaw apologized for his volume, saying he was a coach for a long time and has a “gym voice.” Blake noted that other school districts in Alaska are making massive cuts, and wanted to know whether Sitka was doing the same thing.

The school board is set to decide that tonight. Bradshaw told the Assembly the board is considering three scenarios.

“But I would venture a guess that there’s no school district that’s making the cuts that they’re making, that’s using up the entirety of their reserve,” Bradshaw said.

Christianson said he felt comfortable guaranteeing $300,000 for the district. He said doing so will allow the district some room to plan, and that the schools might not even need the money by the time it would be issued.

“It’s, like I say, really going to be paper moving around on a sheet. Frankly, they need to know they have it, they don’t actually need to have it,” Christianson said. “There’s a pretty decent chance that Mr. Sweeney may never write a check. But they just need to know it’s there.”

Westover added that she had just returned from a trip to Washington, D.C., and felt reasonably comfortable that some amount of federal money would come to the schools this year. Hundreds of thousands of dollars in the Secure Rural Schools act are up for renewal this year, the success of which has appeared far from certain.

At one point, Blake called up Sitka High School Principal PJ Ford Slack, and asked her what she thinks might happen with federal funding. Ford Slack said she thinks something will come through, but she wasn’t sure if it would be as much as anyone hoped.

And she offered some words about the debate itself.

“I’ve come from places in the interior where many things have disappeared, where it hasn’t been so easy to celebrate the great success that we’ve had, K to 12, that we haven’t had the wonderful programs that have not only been in the school district, but meshed with the greater Sitka community. I know we don’t all agree, but the conversations and the disagreements and agreements have been a really important part of keeping the school district at the level at which it is. I think that says volumes for this community.”

The Assembly voted 6 to 1 to give the school district the money. Pete Esquiro voted no.

The school board is scheduled for a final vote on its budget tonight at 7 p.m., at the District Office board room.

One tax idea nixed, another on hold
A high-profile tax issue that’s been sitting on the Assembly table for months will have to sit there a little longer.

The Assembly voted to postpone further discussion on the senior citizen sales tax initiative until May.

That’s when the Assembly is set to vote on its 2013 budget.

The proposal now parked on the table would limit the senior sales tax exemption to only those with low incomes. The postponement happened in the middle of discussion about an amendment by Phyllis Hackett to grandfather in those seniors who already have the exemption.

The plan to redistribute the fish box sales tax was defeated on a 3-to-3 vote. Under the ordinance, 60 percent of the money would go to the harbor department, with 20 percent chunks going to both the general fund and fish enhancement.

The proposal’s defeat means the distribution will not change. Thirty percent of the tax will go to the harbors, 30 percent will go for fish enhancement, and 40 percent will be sent to the general fund.