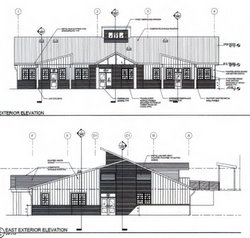 Sitka Schools will receive $5.9 million from the city this year. The Assembly approved the funding during last night’s regular meeting.

Alaska municipalities must contribute every year to school district budgets, based on a property tax formula. A bill sitting on the governor’s desk simplifies that formula. In Sitka’s case, it lowers the minimum amount that cities are required to give to the schools. School board President Lon Garrison said his counterparts around the state are worried that their communities will send less to the schools in the long-term.

But he said in the short term, the state will make up the difference, to give districts a chance to prepare. For Sitka this year, it means an extra $500,000.

The city fronted the district $300,000 which it could now get back. The school system, meanwhile, will take the rest of the extra state money and use it to build back its reserve accounts, which were drawn down to their lowest level in recent history this year in order to balance the budget.

Money could come from other sources too. Legislation awaiting the governor’s signature includes nearly $300,000 in one-time assistance for energy costs, plus extra money for career and technical education and transportation needs.

The school funding picture is far from complete. All of the items just mentioned have yet to be signed by Alaska Gov. Sean Parnell. And federal funding from the Secure Rural Schools Act is still up in the air. 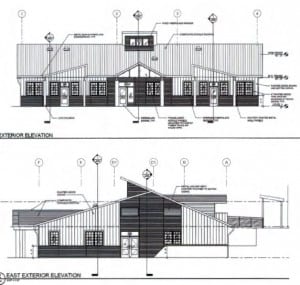 In January, Assembly members rejected a design for the school that featured what architects called a “low-sloped roof.” Assembly members called it “flat,” and said they were worried about rain damage.

Last night, the Assembly saw new drawings that include a high-sloped roof, and new exterior materials. At the moment, ceiling tiles at Pacific High School carry visible signs of water damage. Paint is peeling off the building’s exterior. And the current floor plan includes a hallway that cuts the building in two.

Administrators and teachers have said the current classrooms don’t work well with the school’s alternative education model, which encourages students to move around and collaborate, rather than sit and listen all day.

The new design has a commons area, and classrooms connected by modular walls, to allow for different configurations, depending on the lesson.

Phil Burdick is co-principal of Pacific High. He was asked during the meeting whether he’s excited about the project. In a word? He says, “Very.”

There are still finishing touches to put on the design and one more approval before the school board and Assembly.

Sitka’s Assembly has a say in the project because the city owns the school buildings. Sitka voters approved city funding for just over a third of the project. The state is supplying the rest of the $2 million budget.