Stedman: Could Southeast be support center for Arctic? 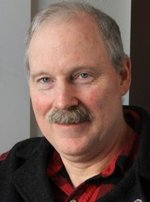 Imagine Southeast Alaska as a support center for Arctic energy development. State Sen. Bert Stedman is hoping Sitka and Ketchikan can one day be just that. The Sitka Republican is co-chair of the powerful Senate Finance Committee.

Stedman spent the bulk of his time in front of the Sitka Chamber of Commerce addressing the state’s capital budget – namely, the money coming to Sitka. Millions will flow into the community from Juneau this year to fund improvements to a baseball field, a new roof for the hospital, some street paving, a diesel generator for electricity and more.

But Stedman also talked about the future, including the development of Arctic resources.

“To give you any idea on what the Arctic is going to look like 100 years from now, look at the Gulf of Mexico,” he said. “It’s going to look totally different than it does today, regardless of whether the United States does anything or not because it’s going to be done out of Russia, Norway and Canada.”

That will happen about 1,000 miles north of Sitka. Now let’s go south of Sitka for a moment, to Ketchikan. This year’s capital budget put money into the Ketchikan shipyard. It’s where the state’s new Alaska Class ferry will be built. But Stedman also hopes to position that community to have a shot at off-shore maintenance work that could come as energy companies develop the Arctic.

Which brings us back to Sitka. Stedman says the need for support and maintenance for whatever develops in the Arctic will be enough that Sitka could have part of it, too.

“The pulp mill here – the old pulp mill site – and the pulp mill site in Ketchikan together aren’t big enough to deal with it,” he said. “The work and enhancements that are going to be needed coming in the future are either going to be done primarily here in Southeast or probably in British Columbia. My concern is that we get our piece of the action.”

Stedman says there will be competition for that work from Canada and from places in Western Alaska, such as Kodiak. But he says geography could give Southeast a leg up.

An economic development official in Sitka says it’s worth looking in to.

“I would probably give it a lower percentage than a higher percentage that Sitka’s going to see some of that, but we always try to investigate it,” said Garry White, head of the Sitka Economic Development Association.

He’s contacted Shell Oil with details about what the community has to offer, but hasn’t heard back. He agrees with Stedman’s view that if the United States doesn’t develop the Arctic, another country will.

“There are all these different views on whether they should be doing it or not,” he said. “To me, regardless, if it happens it happens. And if it does, then we have an opportunity to hopefully create some jobs here to support the industry.”

Still, don’t expect to see shiny new oil platforms floating out of Silver Bay any time soon. Such a possibility, however remote or not, could take a decade or two before it came to pass.

If Southeast Alaska’s role as a support center for Arctic development is part of the long-term future, other, smaller goals are part of Stedman’s short-term vision. He told the Chamber of Commerce that he wants to pursue improvements to the boating infrastructure at Starrigavan Bay, to Swan Lake and to Sitka’s streets, many of which are in need of resurfacing. The state put $2.9 million into paving projects for Sitka this year.

“I don’t know who in the community is on point to take the governor around. Whoever that is needs to take them on that road,” Stedman said. “Drive them out Halibut Point Road, too. These roads are horrible. They should have been fixed years ago. If they were in Anchorage or Juneau, they would have been done years and years ago.”

Parnell is the Chamber of Commerce speaker this coming Wednesday at noon inside the Westmark.