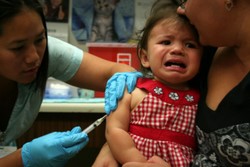 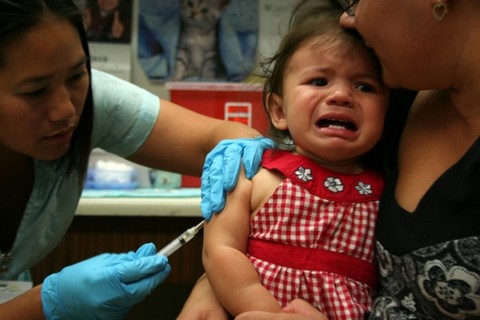 As of July 1st of this year, Public Health Centers across Alaska are charging fees for their services. The system for over two decades has had a sliding-fee scale for adult clients. Now, for the first time, children are included, for services like well-child exams and immunizations. The Division of Public Health views the news fees as a way to ensure the sustainability of the centers; others worry that people will forego care. Click here for iFriendly audio.

Media outlets around the state received public service messages about the new fees early in the summer, but not much other information. Rhonda Richtsmeier, the chief of Public Health Nursing for the state, says the new fees have been in the works for a while, and are part of a national trend.

“Most states are a lot farther down the road than we are in starting to charge for services, because they have been more financially stressed.”

“What we’re trying to do is protect the activities and the services that Public Health has been able to provide over the years. The services are of value, and for a lot of folks there are third-party payers available, whether that’s Medicaid or private insurance, or they have the financial ability to pay at least something.”

Fees will be charged on a sliding scale based on family income. The rates for services will be determined by the amount Medicaid typically reimburses providers for those services. At the public health center in Sitka, a new patient will pay $53 for a brief visit, an established patient will pay $25. For a more comprehensive visit, the charges go up to $93 for a new patient, and $53 for established patients.

For vaccinations only, a first visit is $28; all subsequent visits are $15.

The Public Health Service has had fees in place for adult services since 1986. The new policy brings in children for the first time, and sounds like it shouldn’t be much additional work. The one hiccup in the plan is this: Public Health has no billing department and no billing procedure. Richtsmeier says the division is working on it.

“You can imagine that there are a lot of things to be put in place before any entity can start doing that, but that is the goal. While the administration is working on the pieces of doing that, at the local health center level, we’re trying to start changing process and practices to be in line with that.”

Whether or not patients actually get a bill, the new fee schedule is probably posted somewhere inside the door of your public health center. Will people no longer come in for sexually-transmitted or other communicable disease screenings? Or pass on a $53-dollar well-child exam? Everyone I spoke to regarding this story stressed that Alaska Public Health centers will turn no one away, but…

“It’s very hard to find out if you’re serving folks when they’re not coming in.”

Jennifer Meyer is the outgoing president of the Alaska Public Health Association.

“Public Health, technically, is a service of last resort, if you don’t have any other choice. That’s why Public Health is there.”

Meyer was a public health nurse in Bethel. She now teaches Allied Health at the University of Alaska Fairbanks. Meyer says – and so did Sitka’s local nurse when I asked her – that Public Health wants to help people establish relationships with primary care providers where they’re available. She doesn’t think that, by charging fees, Public Health is necessarily dipping into the same financial well as primary care.

“When you get Public Health and primary care competing for the same resources, it doesn’t end well. Because nobody’s looking upstream at those root causes of illness, and injury, and morbidity, and mortality – because we’re all busy trying to provide health care. When primary care is designed to do those individual services, and public health is designed to look at population health issues.”

Meyer has not seen any policy rationale for the new fees, and her executive board has not had a chance to review anything. She believes the fees are exactly what Richtsmeier says: another way to help make ends meet.

“In Public Health we’re always worried about the budget. We’re always trying to do as much as we can with less and less.”

Meyer thinks that learning whether or not the fees deter patients will take some time.

That view is shared by Peggy Wilson, who represents Sitka in the state legislature. Wilson is also a nurse. She told me – on her cell phone just as flight attendants were about to close the cabin doors on the ramp in Ketchikan – that she’s concerned about the fees, about their effect on the working poor, and people in minimum-wage jobs with no benefits. She thought that even with a sliding scale – just knowing human nature – some people would not seek care.

Rhonda Richtsmeier, the chief of Public Health Nursing, says there will be bumps along the way as centers and patients adjust, but that the new fees will not prevent care from taking place.

One upside: Richtsmeier says that the Affordable Care Act – recently upheld by the Supreme Court – will mean far fewer people lacking the means to afford care.