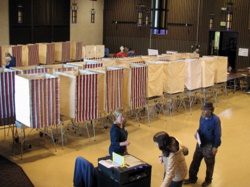 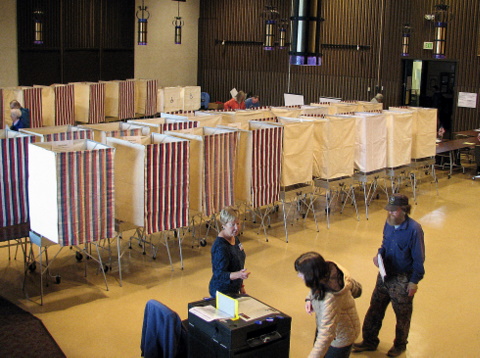 Voter turnout in Sitka was running low in Sitka during Tuesday’s (8-28-12) statewide primary election. As of 3PM, only 334 voters had cast ballots in each of Sitka’s two newly-consolidated precincts at Harrigan Centennial Hall. This was about 20 votes behind turnout in just one of Sitka’s old precincts during the last mid-term primary in 2006. By 7 PM, turnout had ticked up to about 600 voters per precinct.