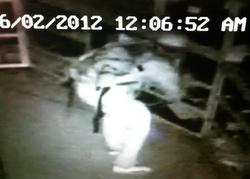 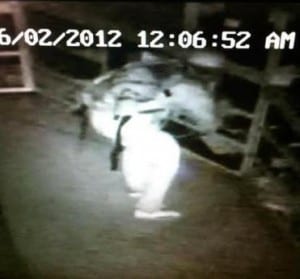 Security cameras at the Baranof Island Brewing Co. captured this image on June 2. Police have now made an arrest in the case. (Image provided)

Police have made an arrest in connection with a burglary at the Baranof Island Brewing Company.

Sitka police obtained an arrest warrant for 22-year-old Carl Liberty, Jr. He was picked up in Craig on Aug. 24. He faces charges of second-degree burglary and theft.

Police say Liberty broke into the brewery on June 2. He’s accused of stealing more than $900 in cash and several 22-ounce bottles of beer.

A felony complaint in district court details a long list of people who came forward with information on Liberty. He was identified by a someone court documents identify as a “concerned citizen.” Another person, listed in documents only by his initials, told Sitka police Det. Ryan Silva that he was with Liberty the night of the break-in and watched him do it.

Liberty’s brother-in-law also contacted police to report him as the burglar, and police obtained a recording of a phone conversation between Liberty and his sister. During the phone call, police say Liberty told his sister that he burned the backpack and hat he wore the night he broke into the brewery, and that he committed the burglary because “something tugged at me and it seemed like a good idea at the moment.”

The brewery obtained video footage of the break-in and posted it to its Facebook page. It was too fuzzy to make out a face, but later, the brewery posted pictures of Liberty, with his face partially obscured. They threatened to reveal his identity on Facebook if he did not come forward.

Brewery owner Rick Armstrong confirmed Liberty is the person whose image was posted to the company’s Facebook page. Liberty is only charged, of course, and is innocent until proven guilty. But Armstrong says he feels police got the right man.

“Now we have all the court stuff, and talking with the attorneys and what’s going to happen, and where we go from here, and things I’m not supposed to say and things I can’t say,” Armstrong said. “Still a long way to go, but I’m just happy he’s been arrested and knows he can’t get away with it.”

Liberty was jailed on $2,500 bond. He’s being represented by the public defender’s office, which declined to comment.

His next hearing is scheduled for early September.