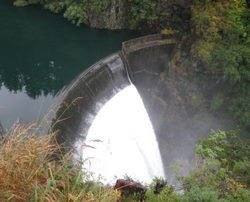 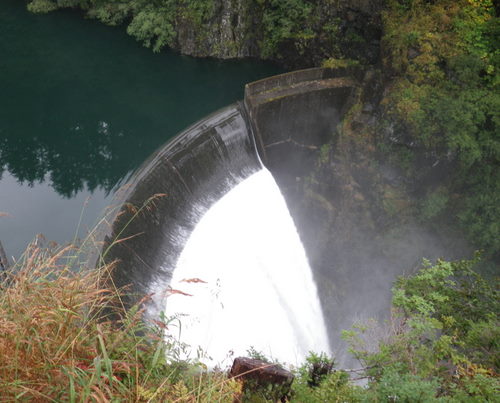 For the Blue Lake dam, it all comes down to tonight.

During its regular meeting at 6 p.m., the Sitka Assembly will decide whether to spend more than $95 million on construction of a hydro expansion project. Sitka is years into a project to generate additional hydro power by raising the dam more than 80 feet.

That cost is far above an engineering estimate, and way outside the city’s plan to finance the project. Last night, the Assembly spent more than three hours in a work session with engineers and consultants. They sifted through options. Tonight, they pick one.

Whether they go ahead with the project or pull the plug, city officials say residents will feel the impact.

This all begins on July 31. City officials are gathered in the municipal clerk’s office, preparing to open bids from construction companies hoping to work on the Blue Lake dam. The city thought the project would be around $50 million.

When they opened the bids, the lowest number was $84 million.

A panel of engineers, consultants and financial experts pored through the documents and recommended to the Assembly last night that they accept the second lowest bid, from Montana-based Barnard Construction. It comes in around $93 million. They’re also recommending the city bank an additional $3.7 million as a buffer, in case costs go even higher.

Click to read a city memo on the recommendation, and the review panel’s report on the bid situation.

The Assembly could put the project out for bid again. But the review team told them there’s little chance they’d get better prices.

“It is what it is. We think it’s a good bid relative to the proposals we’ve seen,” said utility Director Chris Brewton, after the meeting. “In particular, the bid that we’re recommending – there was perfect detail as far as construction sequence, cost, crews, materials, equipment, staging – all those things. It was laid out in very logical order. It’s hard to dispute that, based on what they did.”

For the Assembly, moving ahead with the project, and funding the tens of millions in extra cost could mean a few things: issuing extra bonds, asking the state for more money, and trying to find enough cash to fill the gaps in the meantime.

The Assembly could cancel the project. But the city has already committed about $33 million to it. Pulling out would mean a huge loss of money, and continuing to run diesel generators to meet Sitka’s energy needs is costly. Diesel runs around 43 cents a kilowatt hour, and it’s only expected to go up.

So, Brewton says, his office finds itself performing a balancing act.

“That’s what we’re doing right now – struggling to come up with the right options and the right mix, to make sure we can pay for the project and get it done, yet still maintain reasonable rates that won’t kill our economy or our local citizens,” he said.

The problem, said the review team in its report, lies in the estimate, prepared by the engineering consulting firm Hatch. It underestimated hourly labor rates in Sitka. And, the city said, it didn’t account for expensive logistics of working in Southeast Alaska, or the contractor’s plan to have a construction camp to house workers on site.

That the estimate was so far off the mark came as a shock to city staff when the bids were opened, and it angered Assembly member Mike Reif.

“I don’t want to spend too much time, but obviously we’re in this situation primarily because of the incompetent engineers’ estimate,” Reif said. “If we’d had that up front we’d have planned totally different for this.”

He asked project engineer Dean Orbison what leverage the city might have against Hatch.

“The leverage that we have is that Hatch’s reputation is at stake and we are the client,” Orbison said. “They need to make us happy to sell their next job. So that’s essentially all the leverage we have, and I think it’s pretty good leverage.”

Brewton, meanwhile, says the incorrect estimate threw the project’s funding scheme “back to square one.” But he’s not as vocal as Reif in his criticism of Hatch.

The review team did not recommend the lowest bid — $84 million from ASI Constructors in Colorado – because they told the Assembly ASI did not demonstrate adequate staff or experience to pull off something as complex as Blue Lake, nor did they seem to have enough financial capacity or a good grasp of the schedule.