Sealaska dividend due out in December 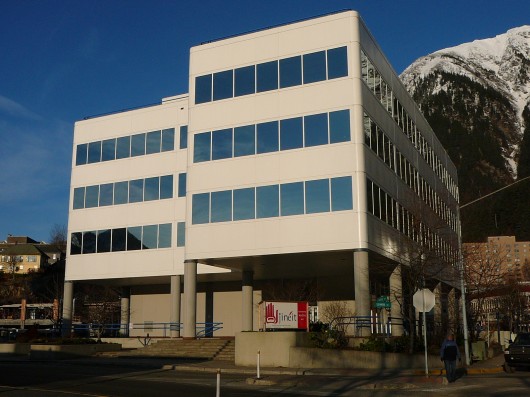 Sealaska shareholders will soon get their largest end-of-year dividend in three years. But it’s mostly due to the success of another regional Native corporation.

The Southeast regional Native corporation will issue dividends to about 21,000 shareholders on or around December 6th.

Payments range from $96 to $868, depending on the class of shareholders.

Almost 90 percent of the larger dividends are funded by a pool of all regional Native corporations’ resource earnings. It’s known as 7(i) money.

“NANA continues to be the bulk of the distribution. Historically, Sealaska was the major contributor to 7(i) revenue sharing throughout the state through our own [timber] resource development,” he says.

Shareholders who are also members of urban Native corporations, such as Juneau’s Goldbelt, will receive $772. That’s assuming they have 100 shares of stock, the most common number. (Scroll down for all classes’ numbers.)

Members of village corporations, such as Angoon’s Kootznoowoo, will only get $96 directly. That’s the part of the dividend funded by corporate earnings. But Sealaska will pay the rest to their local corporation, which can pass part or all of the money on to shareholders.

Qualified descents of original shareholders will get only $96. And enrolled elders will be paid an extra $100 or so.

A little more than 5 percent of the larger dividends are paid out of corporate earnings, including investments. A slightly larger percentage comes from Sealaska’s permanent fund.

Its payments are based on a five-year earnings average. Antioquia says that’s been held down by low returns from the Wall Street crash.

“We have continued to feel the effects of 2008 through the last few years. Now that 2008 is rolling off of these averages into the future, as long as the markets remain stable or if they continue to improve, then we’re optimistic that we’ll see improvement there,” he says.

December’s payout totals about $13 million. Last April’s came to $14 million. That means shareholders are getting a total of around $27 million this year.

A little less than half live in Southeast. That means dividends are contributing about $13 million to the region’s economy this year.

“We know the Alaska Permanent Fund in some rural communities can be a very significant part of income. And in that sense, a Sealaska dividend can be similar to the permanent fund dividend in that it helps maintain a lifestyle in these small communities, which is very important for the sustainability to these places,” Holst says.

Holst ran the numbers and came up with several ways to explain the dividends’ economic impacts.

He says the total equates to the annual income of nearly 300 average Southeast Alaskans. Or a quarter of the region’s mining wages. Or around half of the value of seafood landed in Juneau.

Holst says it’s also about 7 percent of what tourists contribute.

December dividend only per 100 shares for urban shareholders 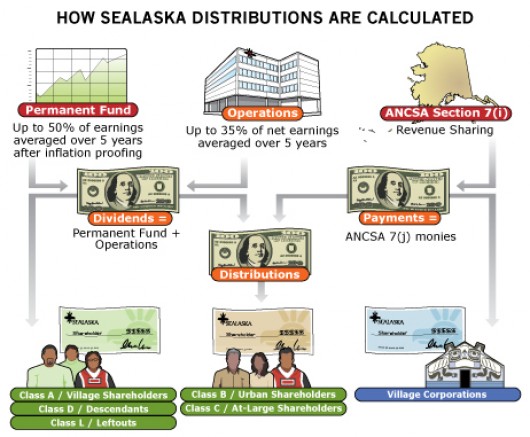