Tie elections rare, but not unprecedented in AK 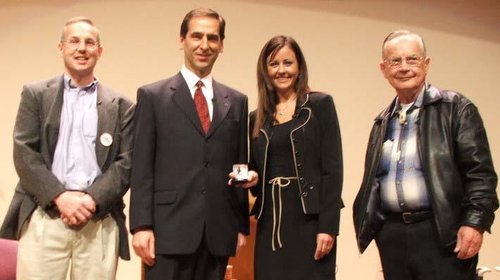 The race between state Rep. Bill Thomas, R-Haines, and Jonathan Kreiss-Tomkins, D-Sitka, was tied heading into the weekend, and believe it or not, that’s not unprecedented. At least one legislator can relate to whatever emotions the two candidates for House District 34 must be feeling right now.

State Rep. Bryce Edgmon is a Democrat from Dillingham. In 2006, Edgmon and longtime state Rep. Carl Moses faced a tie in the Democratic primary.

“Oh, I can look back at it fondly now, years later,” he said by phone from Dillingham. “I don’t think I’d wish it on anybody at this point.”

The 2006 primary was ultimately decided … by a coin-toss. Edgmon tells the story:

“There were several hundred people present and I think every possible media outlet – radio, TV, print, you name it – was there en masse. The stakes were pretty dramatic. We’d never really done anything like this before. It came down to just the flip of a coin that hit the side of a sea otter pelt that was on the floor, just sort of a symbolic covering of the floor, and bounced up to tails. At that moment I knew I had won, and within 15 seconds my brother had jumped up on stage and almost pushed me back in my chair, and the whole place erupted in applause. A very, very dramatic scene.”

It’s an interesting bit of history, but chances are extremely slim that the Thomas/Kreiss-Tomkins race will remain a tie. Election officials are scheduled to continue counting absentee ballots today, which should change the totals.