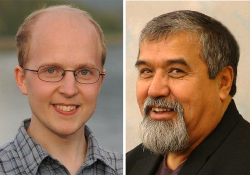 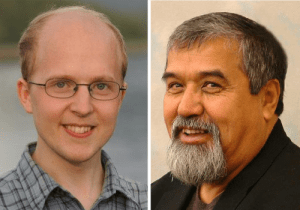 Jonathan Kreiss-Tomkins appears to have won a seat in the Alaska House of Representatives. The Sitka Democrat remained ahead of Haines Republican Rep. Bill Thomas after the final absentee ballots were counted Wednesday.

The new totals were released shortly after 11:30 a.m.:

The two are 32 votes apart, or .38 percent, putting it within the margin for a recount, should Thomas request one.

Division of Elections Director Gail Fenumiai says Thomas has five days to request a re-count after the race is certified, which is expected to happen on Friday.

Kreiss-Tomkins says he feels confident in his margin.

“At this point, I’m looking to hire staff, I’m looking to move into an office in Juneau, I’m starting to learn the nitty-gritty procedure of the Legislature,” he said. “I’m approaching the next two months as a legislator-elect.”

Thomas was asked by radio station KHNS in Haines whether he’d seek a recount:

“I’m not going to say because I want the suspense to lay there. The guy was such an a–hole,” he said. “You know, he lied on so many things and he was supposed to run a clean campaign and he didn’t. So I’m just going to wait.”

Thomas also didn’t hesitate to make his feelings known about the results of the election.

“The district just committed hara-kiri,” he said. “They just didn’t realize what they had as far as seniority and leadership position.”

Thomas was co-chair of the House Finance Committee, a fact he emphasized during the campaign. With the race too close to call in the days immediately after the election, House Republicans chose a new chairman but offered to save him a seat.

After Wednesday’s final tally, Thomas said he was disappointed in the tone of the campaign.

“Very negative,” he said. “This is the most negative campaign I’ve ever run into.”

Kreiss-Tomkins went on the offensive early in the campaign, attacking Thomas’s votes in favor of tax incentives for oil companies. Thomas said he voted on the measure to advance it toward a compromise, not because it had his outright support.

Thomas says he’ll look to do some lobbying for the commercial fishing industry, but doesn’t plan to run for the Legislature again.

“This is it. Why should I run again? I think the district may have wanted a change and they got it. I’m not going to run back,” he said. “I lost all my positioning for finance, the co-chair, for Speaker … no, I’m not going to do it again.”