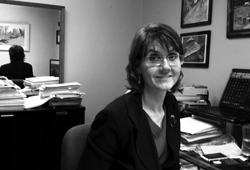 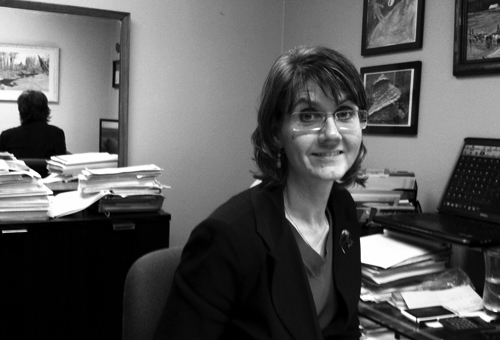 Sitka will soon have its own community endowment. The Greater Sitka Legacy Fund, a newly formed nonprofit in town, has been chosen as an affiliate of the Alaska Community Foundation to support philanthropy in the area.

A permanent endowment will give individuals a safe place to invest their money that will go back to supporting the local economy.

Cynthia Gibson is a financial advisor in Sitka, and was one of the key players in the effort. She says Sitkans already give a lot of money to local nonprofits, and that the endowment isn’t meant to take any of that away. Instead, it provides an opportunity for people to keep giving long after they’re gone.

“Accidents happen, boards turn over, people change and grow and retire and die, things happen,” she said. “So, we wanted to ensure that the money given today was going to always be for this purpose. Always giving back in perpetuity, which means that, yes, you might give a dollar today, but a percentage of the dollar will be put back into our community every year, indefinitely.”

Gibson says it’ll also allow for more planned giving. Instead of reaching into your pockets right now, you can decide which assets or real estate you’d like to donate.

The Rasmuson Foundation — Alaska’s largest and most well-known philanthropy organization — has offered to give $50 thousand dollars as an initial investment to the fund. It has also given the same opportunity to three other places that the Alaska Community Foundation chose as affiliates — Kodiak, Ketchikan and Fairbanks.

But before Rasumson sends its money to to Sitka, the local Legacy Fund must raise $25 thousand dollars within one year. It also has to set up a board that will take applications and disperse the money throughout the community.

Nonprofits can apply for funding, and so can other individuals or groups working on projects that would impact the community in some positive way.

“The reason we wanted to do this is for continued diversification of income in the community and stability,” said Gibson. “A lot of people have a big heart for Sitka for a lot of reasons and what a great way to be able to say, ‘thank you’ or ‘you’re important to me’ is to leave a piece of your legacy behind.”

The Greater Sitka Legacy Fund will be holding an informational meeting for the public on March 4 at 5:30pm at Harrigan Centennial Hall.