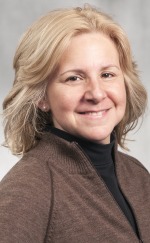 The federal government this week ordered the National Park Service to reinstate Mary Miller as superintendent of Sitka National Historical Park. Miller was removed from her job in 2010 when she refused to accept a transfer to Anchorage.

The order came April 3 from the Merit Systems Protection Board in Washington, D.C. It judges grievances brought by federal employees against federal agencies. The National Park Service must put Miller back in her old job within 20 days, and to restore her pay going all the way back to the date she was fired: Aug. 6, 2010.

“I’ve actually not had a lot of time to process this,” Miller said on Friday afternoon. “It felt like the right thing always, and I knew over time and just being persistent and consistent in my conviction, that the system would eventually work and that just would be served.”

Shortly after the kickoff event, the Park Service offered her a transfer — to be a Native liaison in Anchorage. Miller, who is Tlingit, said she read the job description and felt she didn’t meet the position’s requirements.

At first the job offer was voluntary. Miller declined, saying that besides being unqualified for the position, she liked her work at the park, Sitka was her home, and that she wanted to stay. She was then told the transfer to Anchorage was not voluntary — a “directed reassignment,” in official language — and that if she declined, she would be removed from her job in Sitka.

Miller again said no to move to Anchorage, and in August 2010, the Park Service fired her. An administrative judge in San Francisco sided with the Park Service, Miller appealed to the board in Washington, D.C., and won her case.

“Well, obviously, it’s our intention to fully comply with the Merit System Protection Board’s decision,” said Joel Hard, deputy director for the Park Service’s Alaska region. “The board’s decision is a final decision. We’re obliged to implement that decision, and I want to make certain that everybody involved understands the regional director and my personal commitment to make sure that’s undertaken, and undertaken professionally, and transition Mary back in, and welcome her to her job.”

Hard said the park’s current superintendent, Randy Larson, will probably overlap with Miller to help her transition back into her job. Larson came to Sitka from the top job at Glacier Bay National Park. Hard said Larson has done a good job and that the Park Service will look for a way to keep him in the Alaska region.

Miller’s reinstatement drew quick praise from the Alaska Federation of Natives and from the Sitka Tribe of Alaska.

Miller says she’ll spend the next two weeks moving out of her current job as transportation director for Tlingit & Haida Central Council, and start preparing to resume her job with the National Park Service.

She says she’s looking forward to being back at the park.

“I believe that the managers that were making the decisions at the time had to have been operating and making decisions on what they thought was really best,” she said.

The reinstatement order’s deadline of 20 days requires the park to put Miller back in place by April 23.