On Friday, April 5, officials announced to staff that Susan Labus no longer worked at SEARHC. The following Monday, her replacement was on the job.

Labus had been with SEARHC since November 2011 and had about a year and a half left on her contract.

An e-mail to SEARHC staff announcing the transition offered no details on her departure. SEARHC Chief Executive Charles Clement said in a separate message to KCAW that offering any further details about it would violate the organization’s personnel policy. Clement was traveling and unavailable for a full interview. Labus also could not be reached for comment.

The new chief operating officer, Dan Neumeister, brings with him a history of work with struggling healthcare organizations.

“I’ve been given no agenda to do any kind of radical transformation of SEARHC,” Neumeister said. “What I’ve been asked to do is come in and make some positive changes to help it be successful.”

Neumeister served as interim hospital administrator at the Alaska Native Medical Center in Anchorage from 2009 to 2010. A statement issued by SEARHC credits Neumeister with transforming a $6 million loss in 2008 into a $3 million surplus the following year. 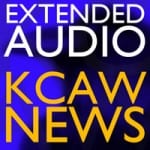 Click the image to hear our full interview with Dan Neumeister.

“We didn’t do drastic things at ANMC, and we were able to turn it around and provide great quality care, and provide the recruitment efforts we needed to,” he said. “When I left, the organization was moving in the right direction. You don’t see a lot of scar tissue from that process. In fact, I think you see a lot of people who are pretty pleased with the leadership I provided there.”

Neumeister runs his own healthcare management consulting business. His resume includes a variety of assignments at hospitals and healthcare organizations — sometimes to fill the gap between permanent executives, sometimes to help an organization dig out of financial trouble, or restructure its operations.

He also spent nine years as an executive with Enloe Medical Center in Chico, Calif.

Local news reports from the end of his time at Enloe, in 2006, say Neumeister made changes that put the hospital on better financial footing, and that he was backed by the hospital’s leadership.

But those same reports say he’d fallen out of favor with doctors. The Chico News & Review reports a majority of the hospital’s anesthesiologists resigned after contract negotiations broke down.

“Let me ask you this question: Have you ever had to make a tough decision that you knew was going to be the right thing for an organization, but put yourself at risk?” he said. “As hospital CEOs, that’s what you do sometimes. If you act with integrity, there are sometimes tough decisions you have to make. You know you’re going to put your career at risk at that organization, but you’re doing it for the right reason.”

Neumeister resigned from Enloe about a month after the hospital’s medical staff voted no-confidence in him. The board chairman, vice chairman and quality chairman resigned within weeks.

“What they were really saying is, ‘We asked Dan to do this, and we are supportive of what he did, and yes we know there’s a little bit of chaos going on in the town.’ I feel good about how I left that organization,” he said.

If Neumeister’s more recent career includes a series of hospitals and healthcare organizations in the middle of changes, SEARHC fits that profile.

Heading into 2012, SEARHC chief executive Charles Clement told employees the organization had a $4 million budget shortfall, and that difficult decisions were on the way in the next year. It changed employee benefits, privatized its billing department, and cut back on expenses, such as travel.

Then came federal budget cuts, called sequestration. Bracing for a reduction in federal money of up to $3.5 million a year, officials announced in March the closure of the Bill Brady Healing Center – a residential drug and alcohol treatment program. It’s scheduled to shut its doors at the end of this month.

“I wouldn’t say SEARHC is on life support,” he said. “I would just say that SEARHC is doing some restructuring to its operations.”

Neumeister says he thinks SEARHC’s strengths lie in having good employees and in widespread coverage through clinics and facilities across Southeast Alaska. As for weaknesses?

“Where we have to look at is how are we running the operations? Are we being consistent? Are we eliminating variability? Sometimes, for instance, is every clinic run the same, or is it run differently?” Neumeister said. “Where can we take similarities and run things identically the same where it makes sense? Some areas won’t be run the same. But what you find is that sometimes as organizations grow over time, they don’t pull back and look, and say ‘Do we really need to have two different divisions doing the same thing? Or can we maybe bring people together?’ It doesn’t necessarily mean the loss of a job. But rather, how can we make things run a little more efficiently, and more productively?”

At the time of our interview, Neumeister had been on the job a week. He says he’ll spend the next 90 days or so figuring out where SEARHC is and looking for changes to make.