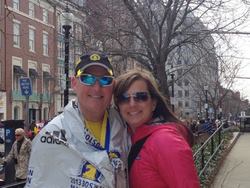 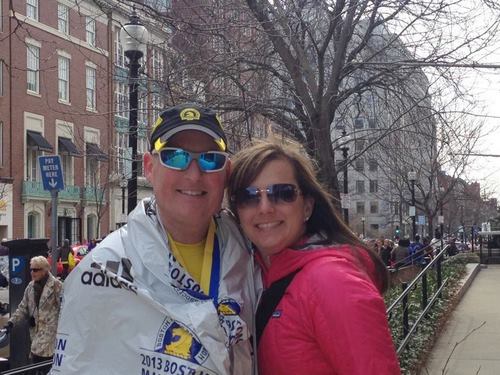 Brent and Karin Cunningham pose for a picture after the finish of the Boston Marathon today (Monday, April 15). Brent finished the race about a half-hour before explosions that killed two and injured scores of others. (Photo provided)

A Sitka man is among those who ran today’s Boston Marathon. 46-year-old Brent Cunningham crossed the finish line about a half-hour before a bombing killed two people and injured scores of others.

Cunningham, his wife Karin and their 17-year-old daughter, Megan, were all in Boston for the event, and are all safe. KCAW spoke to both Brent and Karin Cunningham on Monday afternoon from their hotel room downtown Boston. At the time of the explosions, they were just blocks away — close enough to hear, but not see, what was going on.