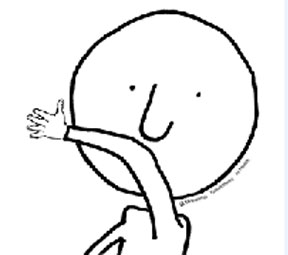 An infant in Western Alaska died of whooping cough last month. It’s the first recorded death from the disease in the state since 2002. The infant was younger than two months, the age when whooping cough vaccinations start. The bacterial infection, which is also known as pertussis is extremely contagious and the number of cases in Alaska started increasing dramatically late last year.
Listen to iFriendly audio.

Since January, more than 130 cases of whooping cough, or pertussis, have already been reported in Alaska. State Epidemiologist Dr. Joe McLaughlin says pertussis tends to follow a cyclical pattern. Every two or three years, the Pacific Northwest, and the rest of the U.S., will experience an uptick in cases.

“What happens is when somebody is acutely ill,” said McLaughlin, “they’re often sneezing and coughing, and they’ll have a runny nose, and those respiratory secretions the bacteria that causes pertussis.”

And when that bacteria gets into your respiratory system, it damages cilia, or the fingerlike projections in your upper respiratory tract. That’s what causes the initial symptoms of pertussis.

He says there are many ways to avoid contracting pertussis: First and foremost, get vaccinated. Number two, wash your hands frequently.

“…because those respiratory secretions can easily be on another person’s hand, if you shake their hand, they can be on doorknobs, they can be chairs and tables, things that we commonly touch,” said McLaughlin. “Then, if we touch our noses or mouth, they can get into our system that way.”

Also, he says it’s a good idea to keep an eye on the hygiene of those around you by making sure they’re covering their coughs and sneezes.

“Usually we recommend coughing or sneezing into an elbow, if you have a sleeved shirt on or a handkerchief, something like that,” he said. “And as soon as you do, to wash your hands.”

If you do catch pertussis, he says you should stay home during those initial days, or as long as a week to avoid spreading the disease.

He says the best way to prevent pertussis infection is by getting a vaccine. Infants are at the highest risk for hospitalization and death.

“We know that parents are often responsible for giving pertussis to their young children,” said McLaughlin. “So, we really recommend parents of infants and young children get vaccinated so they can prevent spreading this disease to their children.”

He also says that over time, immunity to pertussis wanes. So, for kids who have had the vaccine as part of their normal list of immunizations, their immunity is high. But doctors have recently seen an increase in pertussis cases in adolescents and adults who have already been vaccinated.

“So, it could that the near future the CDC and the advisory committee on immunization practice could decide to go ahead and recommend a booster shot of TDAP vaccine,” said McLaughlin. “We’re still waiting to see what CDC recommends on that.”

McLaughlin says that immunization coverage rates are low in Alaska, and that it’s one of the biggest contributors to the high rates of pertussis infection.

He says that some people don’t get vaccines because they fear risk of serious side effects. But he says the risk is small compared to what could happen when you get it.