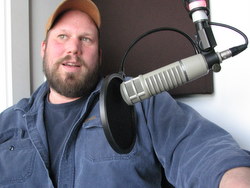 A high-stakes effort in Sitka to develop an affordable housing project fell apart a few years ago. Now, advocates concerned about the growing gap between housing costs and wages are trying another strategy: Community Land Trusts.

In the first of a four-part series of interviews with board and committee members of the Sitka Community Development Corporation, KCAW’s Robert spoke with board president Paul Rioux (REE-oo) about the housing gap, and the problem it presents for communities like Sitka.

It was not without controversy, but it was the closest Sitka ever came to developing a modern, high-density affordable housing complex.

The Dana Bay homes project would have been built on Halibut Point Road, on the former site of the city shops.

A private developer, Trapline LLC, who specialized in affordable housing projects, had all the pieces in place but one – federal tax credits. Tax credits are what allow a for-profit developer to offer housing at below-market rates.

The credits did not come through.

“It literally left the people that were interested in affordable housing reeling in town,” says Paul Rioux, board president for the Sitka Community Development Corporation. The SCDC emerged shortly after the failure of Dana Bay in 2009.

Listen to an extended interview with SCDC president Paul Rioux.

In some respects, Dana Bay was the result of a professional push to solve the housing gap. Sitka at the time actually had an Office for Affordable Housing staffed by a planning specialist.

The SCDC, on the other hand, is comprised of lay people. They’re not producing any lengthy reports, but they know Sitka’s housing problem is more acute than ever.

“Interestingly enough, I was getting my hair cut a couple of weeks ago and I was talking to my barber about the subject. His comment was, If I could just get the Assembly to sit in here for a week and hear how many people say I’ve been coming here for years, this is my last haircut, we’re moving out of town and trying to go someplace more affordable. To me, that’s the classic, colloquial reflection: the writing’s on the wall.”

Creating affordable housing was a top priority of the Sitka Economic Summit in 2012. Rioux says if someone’s spending more than a third of their wages on housing, it’s not affordable. Without people to earn wages, you don’t just have a housing problem, you’ve got an economic problem.

“The fact of the matter is that if you’re losing good workers, they’re going out of town, especially entry-level workers or mid-range management workers, and you’re having a hard time filling those positions, it’s hard to run an efficient business.”

The SCDC is now putting its chips on Community Land Trusts. CLT’s create affordability because property buyers purchase only their homes – the land is held in trust. He says CLT’s are a solution for places like Sitka, which don’t have room to grow.

Rioux says that in the lower 48 it’s common for people in service industry jobs and the trades to live in more affordable neighborhoods than the more affluent areas they may work in. That’s not necessarily the case in Sitka. CLT’s, however, help create economic middle ground.

“You’re not lowering a rung or raising a rung. You’re creating a rung in between the two that already exist. It actually strengthens the housing market because it creates more buyers quicker. For a lot of people these would be a starter home. Maybe a young couple. So they can buy a house on a land trust, build some equity in it, build some credit by being involved in the program and owning their own home, and it puts them in a position to buy a house on the open market much quicker than if they were renting.

Rioux says Community Land Trusts by no means are limited to young people. He says there are trust neighborhoods around the country that serve diverse populations – particularly retirees.

In part two of this series next week, we’ll hear about how Community Land Trusts are put together.