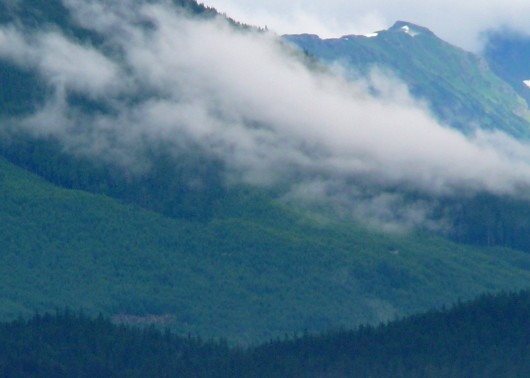 A logged area of Admiralty Island sandwiched between stands of old-growth forest regrows. Logging, second-growth timber and environmental protection were among the issues the Tongass Futures Roundtable tried to address.

The Tongass Futures Roundtable is shutting down. The organization tried to resolve Southeast Alaska forest-issue conflicts.

It formed about seven years ago.

Organizers hoped to bring together all parties involved in the forest to craft compromises on land-use issues, such as logging and habitat protection.

“The roundtable brought people together who had never had to sit across from each other at a table. The normal environment was a courtroom,” says Bruce Botelho, the group’s facilitator and moderator.

The former attorney general and Juneau mayor says roundtable members decided to end their work during a meeting earlier this month.

“One of the benefits for us to dissolve right now is to create the opportunity for people to come together and perhaps learn from our experience, but also build on it. And one would hope that any assembly of stakeholders would truly bring back the whole range of participants,” he says. 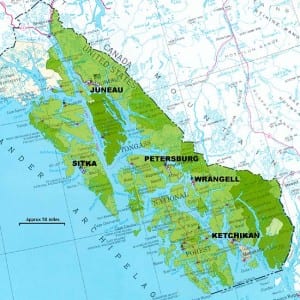 A map of the Tongass National Forest. Image courtesy USFS.

Membership originally included industry, government, tribal and environmental leaders. But about two years ago, the state, timber representatives, four towns and some conservation groups pulled out.

“We didn’t have enough movement in the direction we felt needed to occur,” says State Forester Chris Maisch, one of the original roundtable members.

“So the governor decided it would be best to put state energy and time and resources into a task force, which he established through an administration order,” he says.

Maisch chaired that task force, which released its final report a few months ago.

It recommended a number of actions meant to increase logging. One was expanding state forests. Another was revising state rules to help small timber operators.

Yet another called for the federal government to turn two million acres of the Tongass over to the state to be managed for harvest.

Maisch says the timber task force has since shut down.

Botelho says the roundtable eventually decided it couldn’t fully do its work without the groups that left. It will cease operations July 1st. But he says it achieved some of its goals.

“We devoted a great deal of time to examining the proposed mental health land exchange between the state and the trust and ended up endorsing a process, which is underway. And I think that, absent the support of the roundtable, would have been more difficult,” Botelho says.

He says some of the roundtable’s working groups will also continue meeting. One focuses on Alaska Native issues, another on sustainable forests.

The Tongass Futures Roundtable had about 35 members and tried to reach decisions by consensus. State Forester Maisch says that just didn’t work.

“It was a well-intentioned effort. And a lot of people spent a lot of time in trying to make that process work. And unfortunately, it just wasn’t the right time and the right place. So it’s too bad that it didn’t come to a better conclusion,” he says.

The roundtable had funding support from the Rasmuson Foundation and other donors. The Juneau office of the Nature Conservancy, an international conservation organization, staffed the group.

Roundtable Coordinator Norm Cohen says money was not the reason the group decided to dissolve.