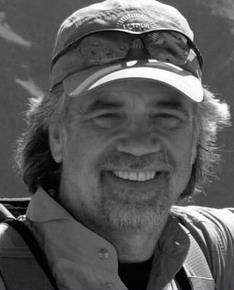 People who buy houses in a Community Land Trust are homeowners. Ownership, investment, and equity all play a role in C-L-T’s, even though buyers pay neither full market value for their homes, or receive full market value when they sell.

It works because buyers purchase only the structure they live in, and agree — in advance — to divide any gains with the trust. That formula is the key to maintaining affordability over time.

When you start talking about providing affordability, or low-cost housing, in a community, there’s always a little pushback. Not In My Backyard comes to mind, along with resistance to anyone’s tampering with the open market.

“It’s a criticism that is levelled — I would argue — pretty unfairly against community land trusts.”

Community Land Trusts use a combination of public and private resources to subsidize the construction of — or acquisition of — homes at full market prices. Then, two deeds are drawn up — one for the home buyer and one for the trust, which retains ownership of the land.

Home buyers lease the land, but the rest is up to them.

“The expectation from the outset is made very clear with homeowners, that they own their homes. They must operate as homeowners, which means that the CLT is not the landlord.”
The Community Land Trust, in the form of an executive director, does keep an eye on the property, and stay in contact with the homeowner. Maintaining the home at the standard of the neighborhood is part of the purchase agreement between a CLT and a buyer. Brown says in the vast majority of CLT purchases, the buyer is delighted to be able to buy a home he or she might not otherwise be able to afford, and upkeep is never an issue.

Once in a while, a trust might have to intervene, to enforce the agreement. Anything from mowing the lawn to terminating the lease.

“It’s very much a last resort initiative, but it’s there as a protection not only for the CLT homeowner, but also the neighborhood. It doesn’t happen very often, but it does.”
Brown says there’s no way to tell a CLT home from neighboring properties. It’s not a low-income housing project. It’s also not designed as an anti-poverty program.

“Given the cost of housing in a market like Sitka, to make a home affordable to a household that’s extraordinarily low-income, that’s poor — to bridge those gaps is not likely to happen.”

Brown says Community Land Trusts support the social fabric of neighborhoods and communities by creating an ownership opportunity for people who are on their way to the open market, but not quite there.

“Third-grade teachers, to social workers, to people that work in local factories, local businesses. People who are working who by definition are moderate income, but when they go to the bank they’re $30- or $40- or $60-thousand short of being able to qualify for a mortgage.”

Home ownership has long been regarded as a way to build wealth. In Sitka, a relatively stable market has done just that for many people. Brown says a Community Land Trust is also about sustainability.

“The question I often ask is, What about your children? What about your grown children? Will they be able to afford to buy a home in the community in which you live? I would also ask the questions for homeowners lucky enough to own their own homes, Would you be able to afford to buy your home right now, at the price that it is? So when we take a look at it that way we begin to realize that there are lots of productive members of our community who, based on their income, and income alone, simply can’t afford to buy a home. And that’s typically who a community land trust tries to serve.”

The Sitka Community Development Corporation is planning to create a Community Land Trust under its existing structure. Brown, who has family in Juneau, has put in a bid on serving as the SCDC’s trust consultant.