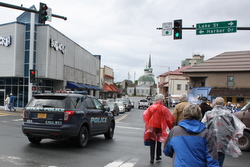 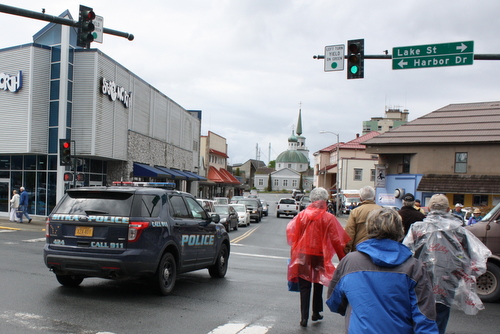 The Sitka Police Department is understaffed and overworked. That was the message department staff sent to the Sitka Assembly at a work session on Monday evening. The problems come at a time when police say they’re busier than ever, especially handling drug-related crime.

Since 2009, more than five full-time positions have disappeared from the police department: three police officers, one dispatcher and a lieutenant.

Two officers patrol Sitka around the clock in 12-hour shifts. And there are eight officers dedicated exclusively to regular patrol duty. In other words, the bench isn’t very deep, and if someone gets sick or injured, it often means pulling a detective off a case to handle a patrol shift.

“It puts an end to the serious investigations that we’re doing right now,” said Jason Sexton, a detective at the Sitka Police Department. “If there was a situation where there were more officers — for instance, a sergeant and two officers who are working during those shifts — it gives the department a little bit of flexibility to absorb that cost if someone comes in sick or goes on vacation.”

Sitka’s three detectives have, on average, more than two dozen open felony cases at any given time. Many of those are drug-related, and most of those land on the desk of Kyle Ferguson. He splits his time between the department and a broader narcotics task force called Southeast Alaska Cities Against Drugs, or SEACAD.

Ferguson has been working drugs cases since 2008 and says he’s never seen the drug problem in Sitka as serious as it is now, especially with meth, heroin and pharmaceuticals.

“I can think of one case off the top of my head out of the dozens we’ve worked in the last year that didn’t have a drug nexus — a direct link,” Ferguson said.

He told the Assembly that the problem is widespread and in places that might surprise most people.

Ferguson used that situation to illustrate the serious felonies the police department is working on. 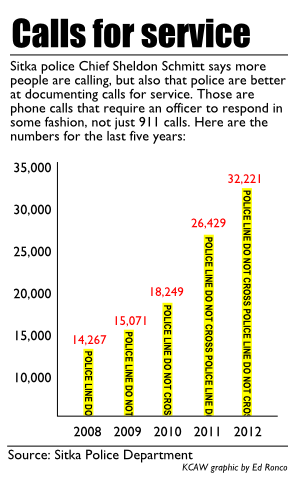 The department’s argument for more manpower comes during contract negotiations between the city and the union representing most department employees. But management was at the helm of Monday’s presentation, which was arranged by interim municipal administrator Jay Sweeney.

“Having worked here two years, I was absolutely shocked to know the level of some of the issues the police department was facing when, all of a sudden, I was put in the role of administrator,” Sweeney said.

Cuts to the police department, and position freezes, happened when Jim Dinley was municipal administrator, and at a time when sales tax revenues were declining and the Assembly was looking to tighten the city’s belt. Nobody on the current Assembly, or even on the police department staff, pointed to Dinley as the cause of the cuts. But Police and Fire Commission Member Don Jones wasn’t as restrained.

“Something I would ask of the Assembly is to take a very long, hard look at getting the positions restored to the police department that have been deleted, unfunded, frozen, taken away over the last several years,” he said. “I lay that at the feet of the previous city administrator. I know he’s not here to defend himself, but nonetheless, I see him as responsible for having happened. And it should not have happened.”

It’s difficult to pin down a formula for how many officers a police department should have. That depends on the size of a community, its crime rate, its geography and any number of other factors. But there are averages, and Sitka is below them.

Nationwide, the average police department has about two-and-a-half police officers for every 1,000 people. That’s according to the U.S. Department of Justice. That would put Sitka at about 22 officers. The department presently has 12 sworn officers able to perform active duty, and 16 funded positions. The state average is also higher than Sitka’s complement. Using that number, a city of Sitka’s size should have about 19 officers.

Assembly members, meanwhile, had some questions. Thor Christianson wanted to know if the department had considered a reserve force of volunteers. Police Chief Sheldon Schmitt said yes, but the workload often discouraged people from signing up. Michelle Putz wanted to know what the department was asking for — what’s the minimum need? What creative ideas does the department have? How will we pay for it?

“We don’t necessarily have answers to give to you to those questions,” Sweeney said. “But one of the things I thought was very critically important was to present a broad and complex issue which has, at least, to my knowledge, has gone under the radar somewhat.”

Exactly what to do about those issues, Sweeney said, will come back to the Assembly after more conversations between him and Chief Schmitt.