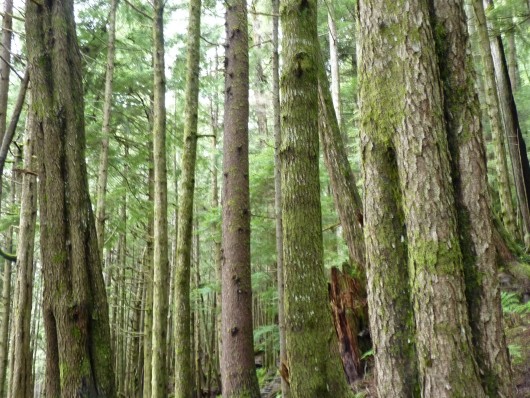 The Southeast Conference wants to change the way the Tongass National Forest is managed.

The regional development-advocacy organization is developing a strategy to grow the timber industry and create jobs, while maintaining environmental protections. It announced the plans at its annual meeting Sept. 17-18 in Sitka.

Conference leaders say the U.S. Forest Service is failing to do its job.

That, in the organization’s view, is to sell enough timber to support a strong, regional, wood-products industry. 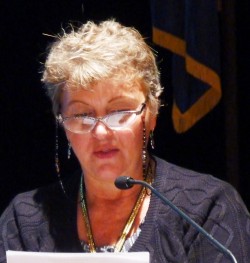 “We’re trying to open up the landscape to a management strategy that is changing over time,” says Shelly Wright, executive director of the Southeast Conference, which is made up of business, government and tribal leaders, as well as interested individuals.

National monuments, designated wilderness and some other protected areas would stay the same. Buffer zones would still be required near beaches, streams and rivers.

But Wright says many other parts of the Tongass would be open for multiple – and sometimes changing – uses.

“A stand of trees doesn’t have to be 150 years old to be habitat. Different habitat is good for different times of year and different kinds of animals. So we want them to … actively manage and monitor all parts of the forest for habitat and economic development,” she says. 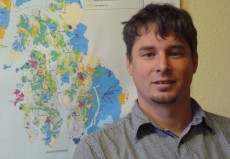 “I think they’re looking backwards to recreate the glory days of timber on the Tongass, which unfortunately are over,” says Andrew Thoms, executive director of the Sitka Conservation Society, which has been part of the forest management debate.

“The Tongass produced a record number of salmon this past year that created a ton of jobs and a ton of economic activity from the fisheries. I think that the Southeast Conference wants to ignore the fact that all these salmon come from the forest and that they’re produced because of the protections that we have on the salmon streams,” he says.

The existing Tongass management plan has been developed over years of public debate. It’s attracted attention from national environmental organizations and has been driven in part by policy calls from Washington D.C.

So what does the Forest Service think about the conference’s idea? 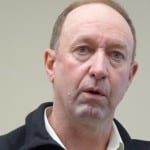 He hasn’t seen the conference’s strategy, though he’s talked to its authors. He says it could be considered if it’s submitted during the process of reconsidering Tongass policies.

“I believe over the life of the current forest plan we’ve looked at 30 or 40 different alternatives. And I’m guessing if that if we get into a modifying of the plan in the near future, we’ll look at a wide variety again. So having a recommendation from Southeast Conference for looking at alternatives is a welcome proposal for us,” Cole says.

Canadian timber consultant Don Reimer provided the research to back up the conference’s approach.

He says it could increase timber jobs from about 500 to more than 2,000 over a number of years. And he says it would save taxpayers’ money.

“We think that it would be able to eliminate most of the cash drain that you have on the Tongass, because you’d now have an active timber program like you used to have in the past that should pay for the restoration work and some of that stuff that needs to be done instead of having a drain on the treasury,” he says.

Southeast Conference leaders acknowledge their approach could be a hard sell.

That’s why they hired Willis Lyford of Anchorage-based Porcaro Communications to spread their message.

“We need to change the debate and the discussion about the timber industry in Alaska. And that takes a lot of hard work and research and a lot of study and people who are experts,” he says.

The company recently polled Southeast and other Alaskans to gage their views of the industry.

He shared results indicating strong support for logging, including its expansion. But it also showed concerns about environmental damage and other impacts.