2008 Tongass plan to be reviewed, amended 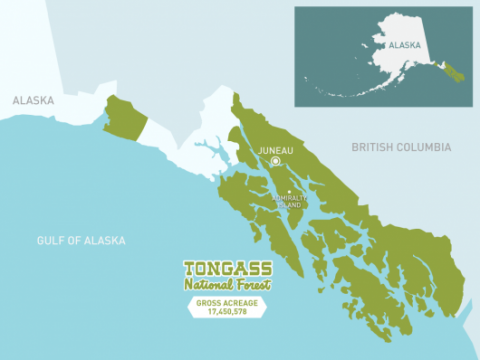 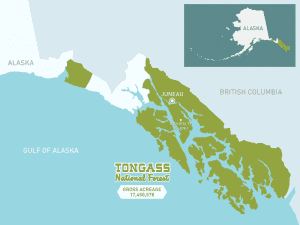 The Forest Service has decided to make changes in its Tongass land management plan.

That means users and interest groups will be able to submit suggestions on road-building, logging, stream restoration and wildlife protection.

The agency is required to consider opening the plan for changes every five years. It usually does, but it can choose to leave the document as it is.

Forest Service offices are closed due to the federal government shutdown, so no one was available to discuss the decision.

“We’re urging them to make changes in their land management plan that would enable them to actually implement the plan. Because the plan, as now, has been unable to implement, only about 20 percent of the plan. And that’s why we only have one sawmill left,” he said.

A Forest Service press release says plan modification, quote, “is expected to focus on identifying the timber base suitable to support a transition to young-growth management.”

Austin Williams of Trout Unlimited supports the change from old to young growth.

“We have some concerns the transition is dragging out longer than it needs to. But we are encouraged that the Forest Service is at least trying to move away from the large-scale, old-growth sales and into young growth and other kinds of projects,” he said.

Tongass officials have already received a large number of comments on changing the existing plan. That came during the process of deciding to open up that document for changes.