Brady says there is magic in listening 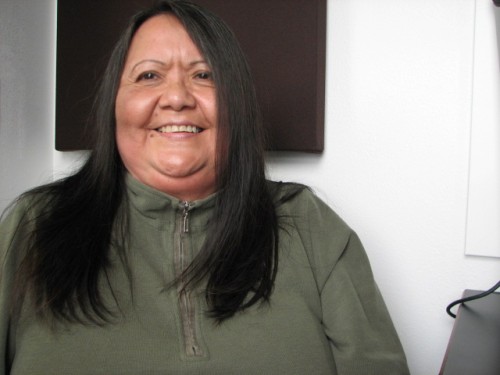 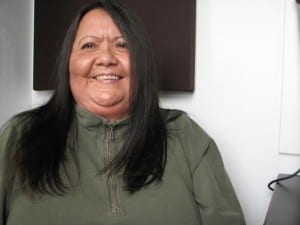 Louise Brady is one of six candidates for Sitka Tribe of Alaska Tribal Council. She hasn’t yet served on the Tribal Council, but she and her family have been working on behalf of tribal citizens for centuries.

Before answering a question Louise Brady takes a meditative pause. It’s like she’s checking-in with 10,000 years of Tlingit ancestry to guide her response.

I am raven frog from the point house here in Sitka and grandchild of the Kaagwaantaan wolf clan and Kiksadi women are known as the herring ladies. My English name as my nephew says for Facebook purposes now is Louise Brady.

Brady’s great grandfather co-founded the Alaska Native Brotherhood in the early 1900s. Her mother championed the Sitka Native Education Program in 1974. But her father’s work as Tribal Court chief judge is the main reason she’s running for the Tribal Council.

“When in ceremony we’re just imitating our ancestors. I would like to be able to imitate my father and his statesmanship,” says Brady.

She’s also running to preserve tribal identity and serve as a role model.

She says, “I think it’s my responsibility. I know it’s my responsibility. It’s like you know as a family we get together and we have three or four generations of family sitting together and singing our songs. It’s really really special, and I just would hate to think that anywhere down the line my great, great, great grandchildren wouldn’t have an identity, a tribal identity.”

Throughout our conversation Brady speaks from the perspective of a substance abuse counselor, a single mom, and a herring lady – all roles she has played. After her father’s death in 1995, Louise became Tribal Court administrator.

She’s proud of her work in 1996 that led the Sitka municipal government to honor tribal orders for protection. Prior to ’96 if a tribal court issued an order for protection the Sitka police wouldn’t enforce it. That changed when Brady helped add a key piece to a general memorandum between the Sitka Tribe of Alaska and the City of Sitka. With her addition, for example, if a woman needs to leave a violent partner the tribal court can order protection, and the Sitka Police Department will enforce it.

Along with domestic violence, Brady says substance abuse is a major issue for tribal citizens. She feels resources in Sitka inadequately address this issue.

She says, “Recently the Bill Brady Healing Center closed. And I understand that again, resources are limited. But when the Indian Health Services has identified over and over year after year, that alcoholism is one of the biggest health problems in Indian country it seems to me that all councils and the board of SEARHC should be aware of what those repercussions are when the only Indian health service treatment center in Southeast is closed.”

Brady believes that if the community allows shame to bury tough issues like domestic violence, sexual abuse, and substance abuse nothing will change.

If elected to Tribal Council, she wants to make sure the municipal government in Sitka is tuned in to the social and economic well-being of native citizens. One strategy she mentions is sharing the Tribal Needs Assessment, an annual survey of Sitka Natives, with city officials. She wants people to understand how unemployment and average household income vary between tribal and non-tribal citizens.

“I think it would be great for the Sitka Tribe of Alaska to share the needs assessment with the city assembly. I know that I worked with Robi Craig on needs assessment in 2004 and she was just amazed to find that the most reported income for tribal citizens was 12,500 a year, ” says Brady.

Brady also says she would prioritize protecting the herring lifecycle and fishery in Sitka if elected to tribal council.

She feels that the Tribe should set the policies and the tone for how its citizens are treated, and a big part of that is listening.

She says “We are only going to be strong as a tribe when we’re listening to everyone. Being a clan leader is making sure everyone is taken care of. It may seem like an impossible task but sometimes there is magic in listening.”

Louise Brady is on the ballot with Stephanie Edenshaw, Thomas Gamble, Lawrence “Woody” Widmark, and Ben Miyasato. Harvey Kitka is the 6th Tribal Council candidate, running as a write-in. Visit the Sheet’ka Kwaan Naa Kahidi Community House between now and Election Day on November 12 to cast your vote.