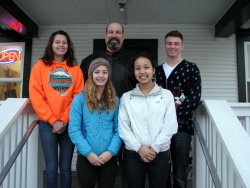 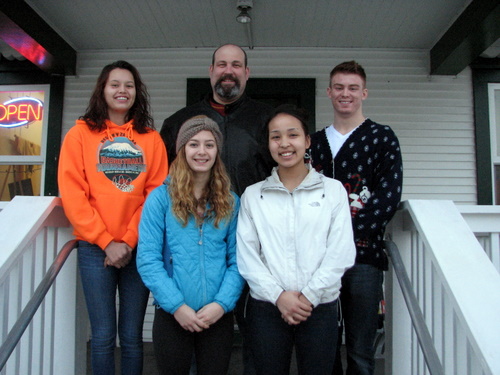 Teams from around Southeast will be in Sitka this weekend for the Region V Wrestling tournament.

Mt. Edgecumbe High School is trying for its third straight championship in the 3A classification.

Only Petersburg has had a so-called “three-peat” in the recent past.

Jason Young is a Mt. Edgecumbe senior from Soldotna. He sees the event as a showcase.

“Well, I just like the competition. To be able to go out there and be aggressive, and to be able to show who I am on the mat. It’s kind of a way to express myself almost.”

The Braves have a regional roster of 48 wrestlers — 13 of them girls.

Brittany Woods-Orrison, a junior from Rampart, is a newcomer to the sport, but she says it’s the right one for her.

“I didn’t even know what wrestling was until I got here and someone convinced me to wrestle. Ever since I’ve been really enjoying it and it’s made me better in my other sports and doing stuff at home — being able to help more — and just help me have a better lifestyle.”

Deirdre Creed has been wrestling since 2nd grade, and the Kotzebue senior is eager to try for another regional title this weekend.

If Creed wins down here and goes to state, she’ll have one more task before returning from Anchorage. The Alaska School Activities Association — or ASAA (ah-sah) — is holding a vote on whether to sanction girls wrestling as its own sport.

Creed plans to testify before. Her argument is a simple one:

“I think it’s always a good thing for a sports program to grow, because it means more students are being active and healthy.”

Melissa Marconi-Wentzel contributed to this story.