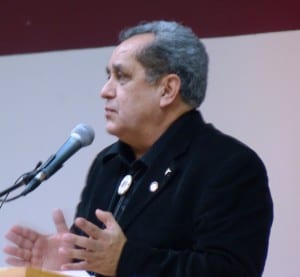 Albert Kookesh is stepping down as board chairman for Sealaska, the regional Native corporation for Southeast. He’ll leave the post at the same time Sealaska CEO Chris McNeil retires.

Kookesh, a former state lawmaker from Angoon, has been Sealaska board chairman for 14 years.

The 65-year-old plans to remain on the panel. But he says a heart attack last spring means he has to cut back on his commitments.

“I think I’m Superman and I think I can do all the things I did before the heart attack, but that’s just me. My family really doesn’t think so and I really think that I better step back,” he says.

Kookesh also chose not to run for reelection as co-chair of the Alaska Federation of Natives last year. He also held that position for 14 years.

He says board vice chairwoman Rosita Worl would be a good replacement.

But she says she has too many other commitments to succeed Kookesh.

“We’ve got 13 members who sit on the board and each one of them are leaders in their own right. So from my perspective, anyone of them has the capacity to become chair and continue with the leadership,” she says. 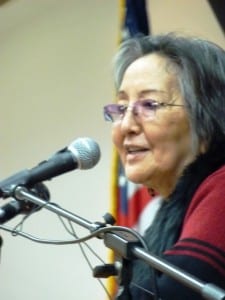 Such changes are not unusual.

“People in those positions usually mentor or have someone in mind that they have groomed to take over the leadership roles,” says Vicki Otte, former executive director of ANCSA Regional Association, representing Native corporation presidents and CEOs.

“I would expect something like that to happen there,” says Otte, CEO and former board member of MTNT Limited, a village corporation in the Kuskokwim basin.

Sealaska’s 2013 proxy statement says the board chair earns a base pay of about $65,000 a year, including health insurance. There’s extra compensation for attending meetings and events. Sealaska Shareholders Underground, a group critical of the corporation, calculated Kookesh’s 2012 compensation at around $76,000.

The proxy listed the CEO’s pay, benefits and bonuses totaling about $675,000.

CEO McNeil announced his planned retirement in October after 12 years at Sealaska’s helm.

The board is accepting applications for his replacement through the end of February. It’s drafted a list of qualifications and hired a San Francisco-based recruiting firm to help.

“I think as some of the board members say (we want) ‘somebody who walks on water’,” Worl says.

She says the new CEO must be a shareholder willing to live in Juneau, where Sealaska is headquartered.

“Very definitely we want that individual to have the business acumen to run a large corporation. We want them to have that experience in the business world. And we don’t exclude the nonprofit world either, because some of our nonprofit organizations are probably larger,” she says.

The new CEO will take over at the corporation’s June annual meeting. That’s the same time the board chairman will step down.

But Kookesh says he’s not worried about continuity of leadership.

“If I was stepping off of the board the same time he was stepping out of the CEO job, I might be a little bit concerned about it. But I’m still going to be there,” he says.

He says he’ll run for re-election in 2015, when his board term ends. He was first elected to Sealaska’s governing body in 1976. 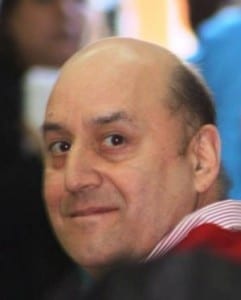 Some shareholders are looking forward to the change.

“I believe that new ideas will be able to come forward and many other stockholders will be included,” says Juneau’s Mick Beasley, who is among those critical of the board and corporation management.

He’s also run for the board several times and plans to do it again this year.

“Reshuffling the deck at Sealaska from within is not going to produce growth. Sealaska will never rise above the self-interests of Sealaska directors and upper management and grow. After all, the daily wage becomes more important than the company,” he says.

Kookesh spent 16 years in the Legislature, eight in the House and eight in the Senate. The Angoon Democrat has a law degree, was a commercial fisherman and owned a lodge and store.

He says one of the board’s top actions was to push to allow tribal members’ descendents to become shareholders.

“We’re one of five corporations in Alaska that have changed that policy and opened the doors to new Natives born after 1971.That’s an accomplishment I’m very proud of,” Kookesh says. “I’m also proud of the fact that we’ve taken care of our elders. We’ve given everybody over 65 an additional 100 shares to lessen the impact of those new Natives coming into the corporation.”

Sealaska has more than 21,000 Tlingit, Haida and Tsimshian shareholders. About half live outside Alaska.