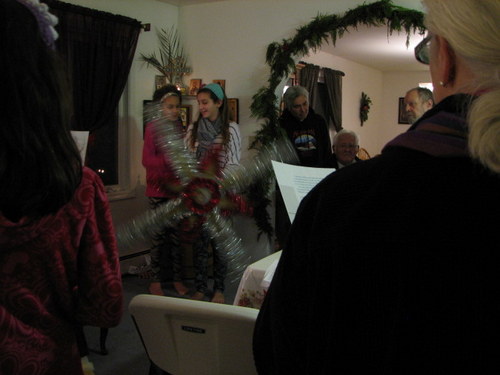 Carolers gather around the spinning star at the home of Fr. Michael Boyle on Russian Christmas. This practice is known as “starring”, according to Orthodox tradition. (KCAW photo/Emily Forman)

It’s Christmas today (1-7-14) for Eastern Orthodox Christians overseas and in the United States. “Russian Christmas” is celebrated according to the old Julian calendar on January 7th, and in Sitka that tradition is audible. The week-long Feast of the Nativity celebration features a nativity “starring” – the Orthodox practice of caroling. Traditionally, revelers would stay out singing until dawn, sometimes for several days in a row. Here’s a sample: