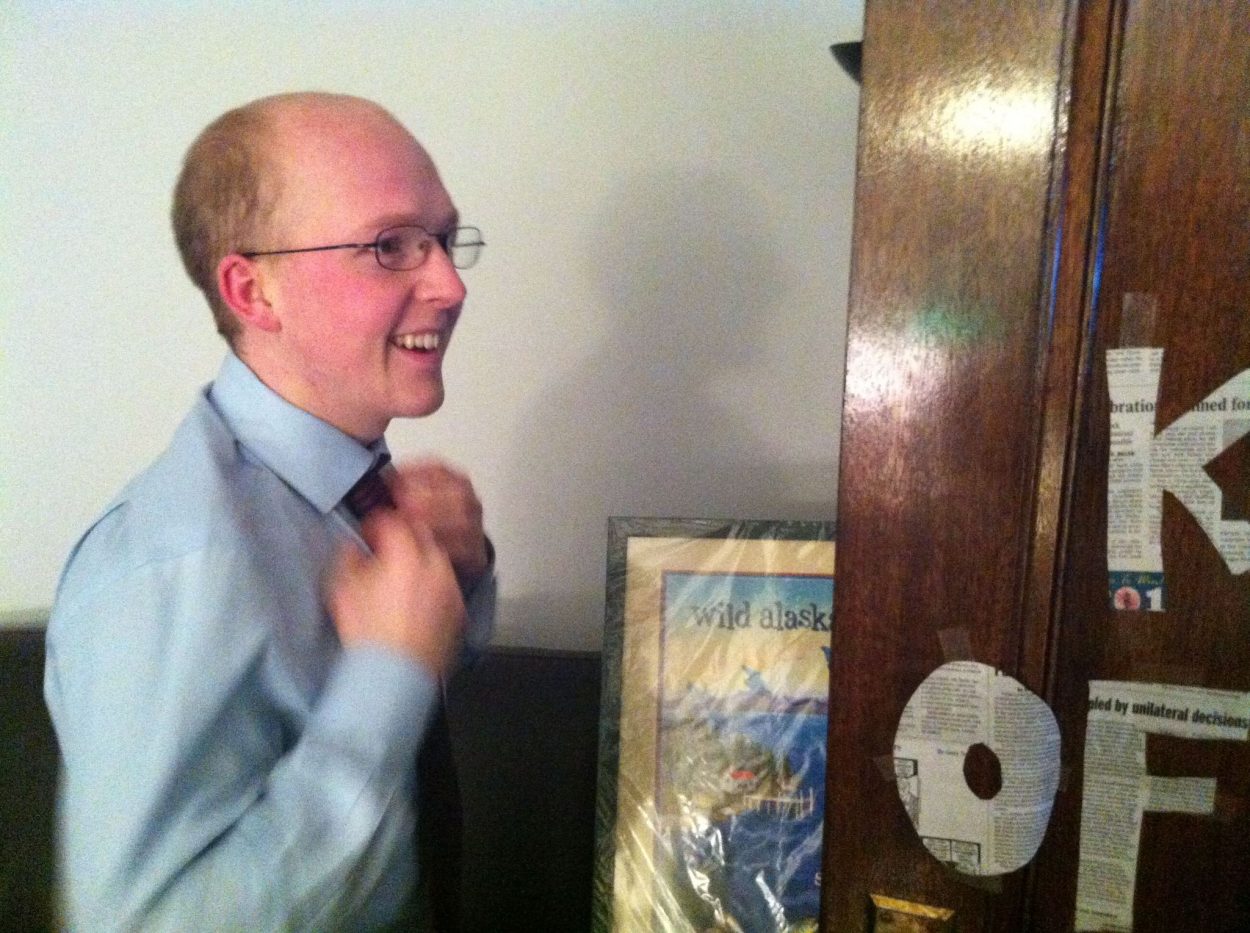 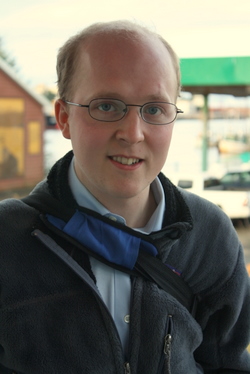 The second session of the 28th Alaska Legislature opens today (Tue 1-21-14), and Representative Jonathan Kreiss-Tomkins has something he lacked last year: Experience.

While he’s still the youngest legislator on the hill in Juneau, and still a member of the minority, the Sitka Democrat has already pre-filed one bill on Native languages, and remains deeply skeptical of the governor’s efforts to boost oil production by reducing taxes on industry profits.

Kreiss-Tomkins was in Sitka last week meeting with constituents. He stopped by KCAW and spoke with Robert Woolsey about his plans for the coming session.

In December, the governor submitted a deficit budget to the legislature. It’s a starting point, and there’s no funding for any of several major hydroelectric projects in Southeast.

Sitka asked for $18.5 million to complete the Blue Lake hydro expansion. The governor left open the possibility of an add-on, but Jonathan Kreiss-Tomkins is not crossing his fingers.

Two years ago, $18-million would have been small potatoes in the state’s capital budget. Now that he’s having to pull money out of savings to make ends meet, the governor is probably going to rein in spending significantly.

(Note: In a subsequent email to KCAW Kreiss-Tomkins amended these figures. “I misquoted the budget figures in my interview with you. FY 2014 was $400M in legislative capital projects; FY 2013 (the year before I got in) was $1.1B and the year before that (FY 2012) was significantly more although I’m not sure if it quite reached $2B.”)

But it’s not nothing for Sitka or other communities in Kreiss-Tomkins’ district. Sitka, for instance, will see several million dollars for long-overdue repairs to the water system.

Does basic infrastructure include $25-million for a new swimming pool at the state-owned Mt. Edgecumbe boarding school? Although the base funding was approved by voters in a bond package two years ago, there’s been a tug-of-war over the supplemental funding needed to make that project a reality. Kreiss-Tomkins thinks the $1-million in estimated annual operating costs is curbing the Department of Education’s enthusiasm for the project.

The shortfall in state funding this year was planned — a deliberate move on the part of the governor and a Republican majority in the legislature to stimulate investment in oil production on the North Slope.

The oil tax cut — which is known as Senate Bill 21 — makes no sense to Kreiss-Tomkins. He says the big three oil producers made almost $10-billion in Alaska last year — before the tax break. Kreiss-Tomkins and his senate counterpart, Bert Stedman, see eye-to-eye on this point.

“If you’re making literally billions upon billions in profit, where’s the incentive not to invest? I mean, it’s a cash cow up there. It’s incredibly profitable to drill in Alaska, and we’re not an oligarchy, we’re not going to nationalize. We’re not going to create the Alaska State Oil Company and take all their assets, like what happens in the Middle East or elsewhere. So that’s what I consistently find myself asking: The argument that we need to cut taxes even more, and have even more profitable fields for them to invest in, seems so logically flawed.”

Kreiss-Tomkins spent the day in Sitka meeting with constituents before his interview. A major concern was how many people are not being served by the Affordable Care Act — also known as Obamacare.

“It’s tragic. There’s a doughnut hole into which people fall,” he says, reflecting on the plight of a troller he met with in Sitka.

The Supreme Court in 2012 upheld the ACA, but allowed governors to opt out of a provision to expand Medicaid to working people living above the poverty line, but who don’t qualify for subsidies to help pay their premiums.

It turns out there are a lot of fishermen and deckhands who fall into the doughnut hole. And Kreiss-Tomkins says there’s not a thing the legislature can do about it.

“I wish we could, but we can not. It’s the governor’s decision. And the governor has said he’s very concerned about these people who are uninsured, and he’s going to take steps to address the problem. We haven’t heard what those steps are yet.”

Last year Kreiss-Tomkins took a listen-and-learn approach to the legislature, and deliberately refrained from introducing his own bills. This year, he’s prefiled a bill, co-sponsored by a fellow Democrat (Bryce Edgemon), and two Republicans (Charisse Millett and Ben Nageak), making the 21 Native languages still spoken in Alaska “official” state languages.

There won’t be any bilingual signs or state documents, as in Canada. In fact, no added bureaucracy whatsoever. Kreiss-Tomkins said it’s just an acknowledgement of the importance of Native languages to culture. He says he spoke with an Alaskan artist living in Seattle who told him that…

“This bill is inspiring. It acknowledges the importance of what I’ve dedicated my life to. And he’s considering moving back to his hometown to try to apprentice with an elder and learn his language. It’s a symbolic change, but I truly believe it’s going to lead to the empowerment of these languages and cultures.”

2014 is an election year. Whatever happens in November, Kreiss-Tomkins won’t be representing communities like Haines or Metlakatla next year. His new district reunites Sitka and Petersburg. Kreiss-Tomkins supports the change. He calls the redistricting process “a fiasco” and the current map “modern art.” 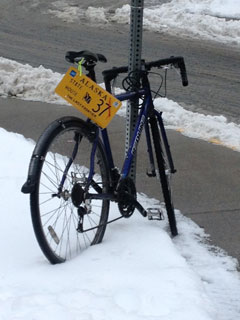 Although he’s recently returned from a visit to Petersburg, he plans to take the high road, and represent the voters who put him in office, rather than those who may send him back.

“In a political campaign sense, when I’m running for reelection, it very much does change my thinking. But there really isn’t a Petersburg issue that I’m going to suddenly be championing, and a Haines issue I’m suddenly not going to be working on.”

Kreiss-Tomkins seems buoyed by the prospect of returning to Juneau. He put his legislative vanity license plate with the number 37, on his bicycle. He’s 24 years old, turning 25 in February. His first day in the last session was memorable. He thinks this session will be different. “At least they won’t mistake me for an intern,” he says.