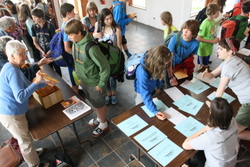 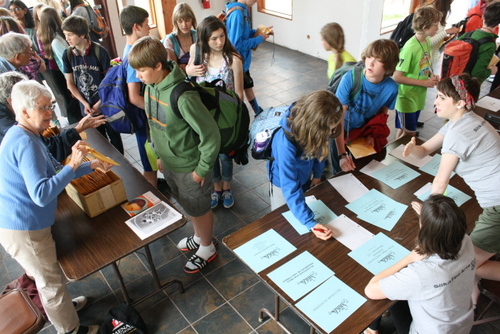 An expanded list of course offerings has helped push enrollment in the summer sessions of the Sitka Fine Arts Camp to a strong start.

The camp enrolled over 700 students last summer. As of last Friday (1-17-14), camp director Roger Schmidt said well more than half those slots were filled.

“January 1st is when registration starts,” he says. “There seems to be a long tradition now where students stay up on New Years’ Eve and start signing up. So enrollment’s going great.”

It has not always been this way. The camp started in 1972 on the campus of what was then Sheldon Jackson College. There were several years when it relocated to Mt. Edgecumbe High School.

Schmidt says uncertainty was a huge factor in the camp’s limited growth at the time.

“Not having this feeling that we knew it was going to happen next year no matter how much the kids loved it, or how successful it was — really affected how we approach programming.”

The trustees of Sheldon Jackson College donated their core campus to the Sitka Fine Arts Camp in February of 2011.

The camp opens in its now-permanent home in the second week of June for elementary school students entering first through sixth grade. In addition to the traditional morning programs, the elementary camp has added afternoon programming, including a Chorale Camp, Percussion and Brass, and a String Workshop.

There’s also a Circus Camp. Schmidt says interest in circus has exploded with the popularity of companies like Circ du Soleil. But at camp, circus is not really about death-defying acrobatics. Like everything else, it’s about art.

“Today we’re continuing that tradition of trying to open up as broad an artistic world as possible out there. And Circus Camp is, in its very essence, about what’s possible when you bring your body, your imagination, and mind all together with a group of people.”

A two-week middle school camp follows the elementary camp, then a two-week high school session. Musical Theater Camp comes next for high school and college students. Students go from script to performance in only two weeks.

“A fully-costumed, fully-staged musical. And it’s always an amazing thing to see the students work so hard, and the product is just absolutely amazing. That’s something I always look forward to.”

The camp has expanded it’s summer offerings to adults. Anyone is welcome to enroll in the Native Jazz Workshop, and study with nationally-known artists like Jason Marsalis. The Dee Daniels Vocal Jazz Workshop also caters to students of any age.

The preparations for opening the camp begin in earnest this time of year. Schmidt says there are Saturday volunteer work parties scheduled every weekend from now through the spring. The focus is staining and finishing the trim in Allen Memorial Hall, which houses the Odess Theater.