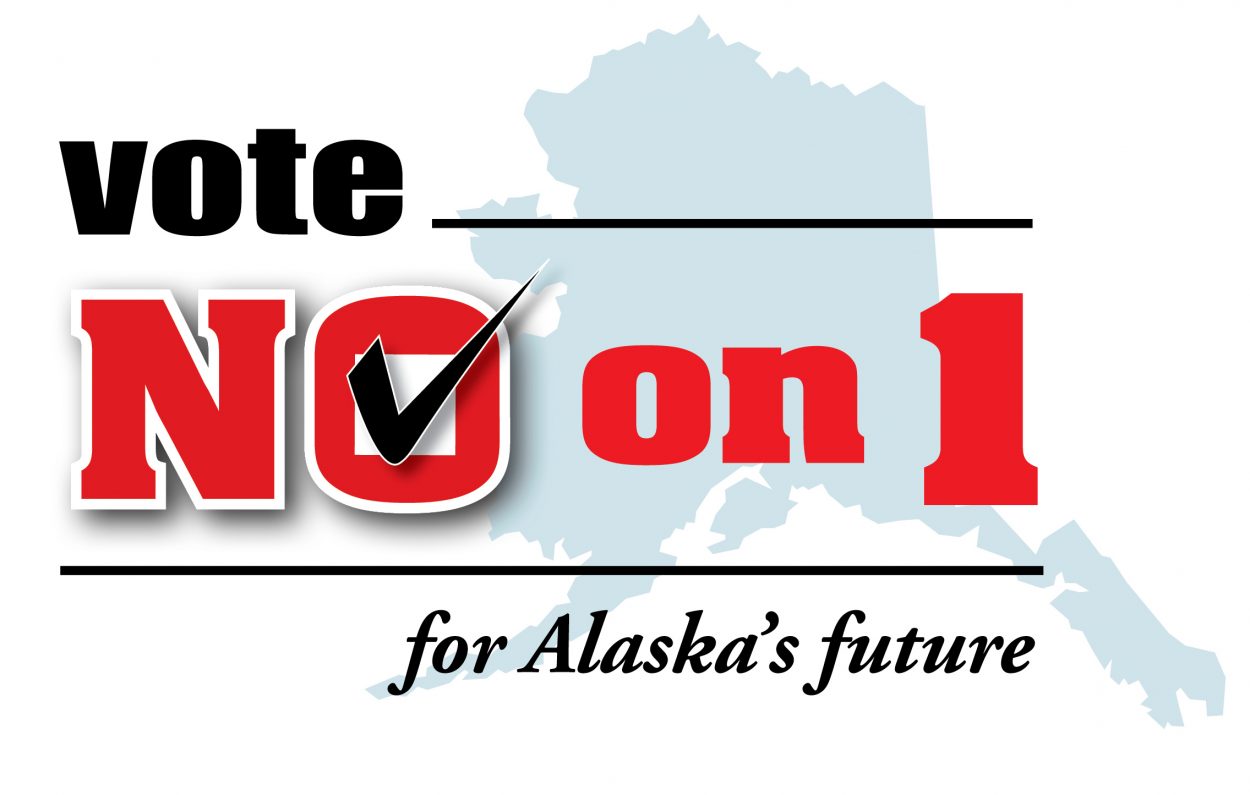 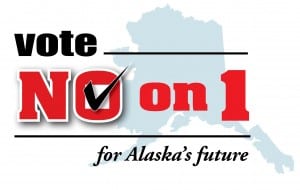 The Vote No on 1 Coalition argues that Alaska’s old tax structure made it less competitive than other oil producing areas in the US and around the world.

The Vote No on 1 Coalition argues that Alaska’s old tax structure made it less competitive than other oil producing areas in the US and around the world. Supporters of the state’s new oil tax regime have launched a major campaign to defeat a citizen initiative which would restore the old tax.

Ads urging Alaskans to Vote No on 1 have begun to appear on television and in print — and some members of the campaign are appearing in person.

Former Sitkan Rocky Elerding traveled from Ketchikan this week (1-22-14) to speak to Sitka’s Chamber of Commerce on the issue. Elerding is a 1995 graduate of Sitka High School. He now is a mortgage manager for First Bank.

Opponents of SB 21 have referred to it as a “giveaway.” Some notable Republicans, including Sitka Sen. Bert Stedman, made headlines last year by signing the initiative petition that is now known as Proposition 1. If passed by voters this August, Prop 1 would repeal SB 21.

Elerding’s presentation focused on the importance of the oil economy in Alaska: It provides 90-percent of state revenues, and is directly or indirectly responsible for one-third of all jobs in the state.

Elerding said that the Vote No on 1 campaign also wants Alaskans to think about their personal revenues. The Permanent Fund Dividend, especially.

“Think about families if the PFD went away. Some families save their PFD’s to pay for their kids’ college education. I wish my parents had done that. As I said earlier, oil and gas income lets Alaska enjoy no state income or sales tax. No other state can claim that.”

The legislature is starting the session this week with a budget from the governor that is $2-billion in the red. Opponents of SB 21 argue that the new tax structure is mostly to blame for the shortfall. Elerding, however, argued that SB 21 will eventually provide the state with more tax revenues than the old structure, once the state decline in production is reversed.

Chamber audience member Max Rule, asked for his reaction after the presentation, agreed that it was too soon to throw out SB 21.

As a businessman, Rule is also sympathetic to the idea that any business — even the big three oil companies — is looking for ways to hold down the cost of investment.

“For me it’s not a partisan issue. It’s not Democrat or Republican. It’s a situation of economics. That it’s cheaper for the oil companies to develop wells in the Balkans, North Dakota, Montana, and these other areas. From a business perspective, business will go where you have the least cost of production.”

Scott Saline, however, sees things differently. Saline is a refrigeration mechanic, who has plans to open a seafood cafe this summer.

He thinks the new tax structure is giving the oil companies too much, at the expense of the public.

“It just doesn’t make sense to me. The margin wasn’t shown to me of how much money they’re losing. I’m more concerned that the shareholders want a higher percentage — you know, if you have to grow 2 or 3 percent a year. The extra cost of going to Alaska, that oil is still in the bank because it will be harvested at some time. And to forsake any money going to the schools, or whatever the state needs, without showing me that the shareholders and CEO’s aren’t enjoying a growth that none of us are, I just can’t not try to have them pay more.”

Saline is also aware of the position of Sitka’s legislators. Rep. Jonathan Kreiss-Tomkins joined his fellow House Democrats in opposing SB 21 last year. Sitka Sen. Bert Stedman and Kodiak Sen. Gary Stevens were the only two Senate Republicans to break from the majority and vote against the bill, which passed the senate 11-9.

Saline says Stedman has made an effort to become a student of the oil industry, and he trusts his judgment.

“I’ve got faith in Bert looking out for us, and not to be swayed by muscle in the Mat-Su, or wherever this is coming from.”

Ballot Proposition 1 repealing Senate Bill 21 is one of several measures Alaska voters will decide during the statewide primary election on August 19. A proposition raising the minimum wage by $1 to $8.75 an hour has made it to the ballot. So has a proposition legalizing the recreational use of marijuana.

A fourth initiative, requiring the legislature to fully consider the health of the Bristol Bay’s salmon fisheries before allowing any mining in the area, is awaiting certification by Lt. Governor Mead Treadwell.