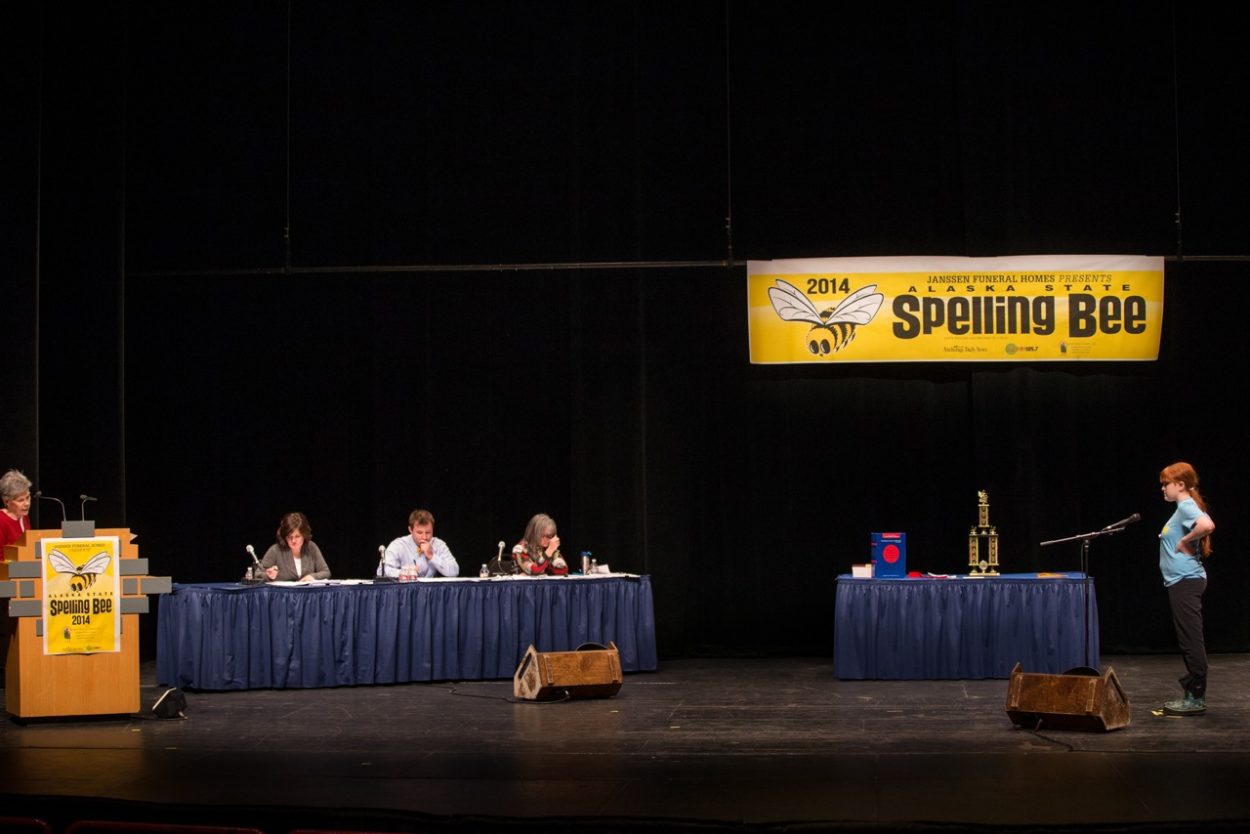 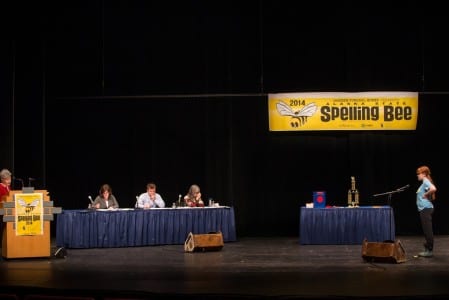 A Sitka seventh-grader has won the state spelling bee.

Abigail Fitzgibbon was the Sitka champion last year as a sixth-grader, but was unseated earlier this year in a dazzling spell-off with eighth-grader Kyle Vidad.

Fitzgibbon represented Sitka last weekend in Anchorage as a runner up, but nevertheless managed to run away with the state trophy.

Fitzgibbon learned only a few days before the state bee that Vidad wouldn’t be going. She thinks that might have been an advantage. The state bee moves off the published word list quickly, in order to make it a more challenging contest. Fitzgibbon relied more on her knowledge of words — rather than memorization — to pull out the win.

“I was somewhat nervous, but there wasn’t much time to be nervous. There was only one round off the list. So my first off-the-list word was heliciform, and I just guessed on that, because heli is a Greek root, and so many words have Latin and Greek roots.”

And just so we all don’t spend the rest of the day pondering that word. which refers to natural spiral, it is…

Fitzgibbon out-spelled about 30 students from around the state last weekend. At the national competition in Washington DC in May, she’ll face about 250 spellers.

Fitzgibbon worries sometimes about being overconfident, but she hasn’t won every bee she’s entered. There have been some tough losses along the way.

Her edge — if she’s got one — is that she perceives words especially well.

“I will never remember how something looked, but I can quote passages from books. Or maybe recite the order of words on spelling lists.”

Fitzgibbon also has one other bit of advice for spellers in high-stakes bees: It’s not breakfast that’s important, it’s h-y-d-r-a-t-i-o-n.