Two rescued as troller goes aground in heavy surf 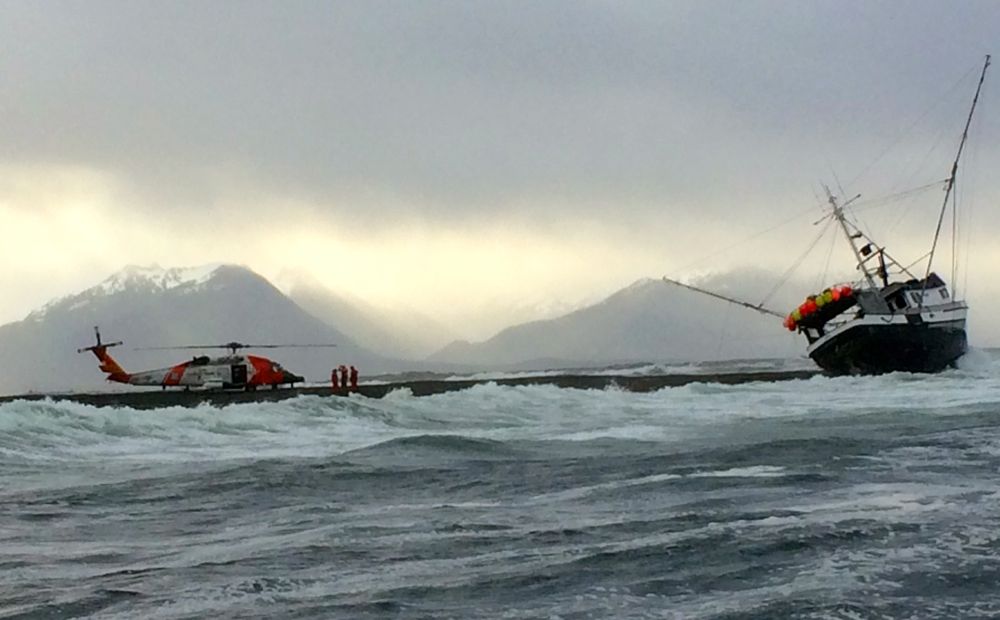 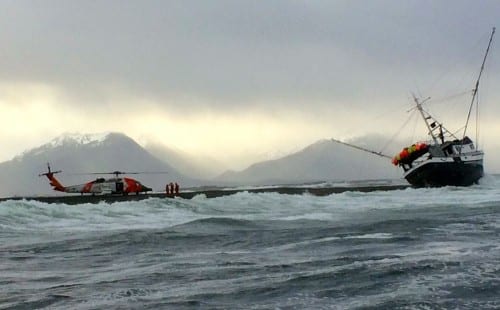 Two crewmen were rescued safely after their troller ran aground in heavy seas in Sitka Sound early this morning (Mon 4-21-14).

The 52-foot steel-hulled troller Mirage radioed a distress call at about 3:30 AM. The boat had gone aground on the southern shore of Low Island, in surf and strong winds.

Kluting says he and three other team members left the harbor in darkness, and used night-vision goggles and a global positioning system to navigate the six miles out to Low Island, where they arrived at daybreak. The team was prepared for the worst.

“Full precautions. We had everybody in drysuits, had tow ropes. We had briefed that we were going try and establish a tow. We had a line gun with us. Basically, getting ready to pull a fairly large vessel out of the surf and try to give them enough to keep the waves from pushing them farther and farther up on the rocks to get him under his own power.”

Low Island is a known hazard in Sitka Sound, or a known recreation area, depending on your point of view. When a swell is running, Sitkans occasionally surf the waters between Low Island and Shoals Point.

Once Kluting and his team found the Mirage it quickly became clear that the stranded troller would not be going anywhere.

“We had breaking surf conditions 100-yards around him in all directions. We had circled around that south end of Low Island trying to figure out a path to get in close. And it pretty much not going to happen, and we made a determination to get a helicopter out from Air Station Sitka.”

Kluting says the rescue boat was able to get within 50 yards of the Mirage while waiting for the helicopter, and stood by in the event the troller capsized or swamped and the two crewmen were forced into the water.

The Coast Guard helicopter rescue crew determined that the safest course of action would be to let the tide go out from under the Mirage. After about 90-minutes, the helicopter landed on Low Island and the two fishermen were able to walk ashore unharmed and board the aircraft.

Kluting says he is not optimistic about an immediate salvage of the Mirage.

“Not a friendly location, getting a larger vessel in there and establishing a tow rope in those conditions is going to be challenging at best. With the tide not being as high, it’s going to be interesting to see if they’re able to drag it off. Or if that next storm coming in doesn’t beat up the hull too bad.”

The weather forecast for Sitka called for winds of 29 knots on Monday, and seas of 13 feet, with seas falling to 9 feet on Tuesday.

Kluting was accompanied on the mission by Gerald Gangle, Tyler Orbison, and Jake Denherder. Kluting says he has received no official word on the cause of the accident. The Coast Guard reports the Mirage has about 1,000 gallons of diesel fuel on board.

The Mirage is registered to J&J Mirage LLC in Elfin Cove, Alaska. According to state records, it is valued at $200,000.