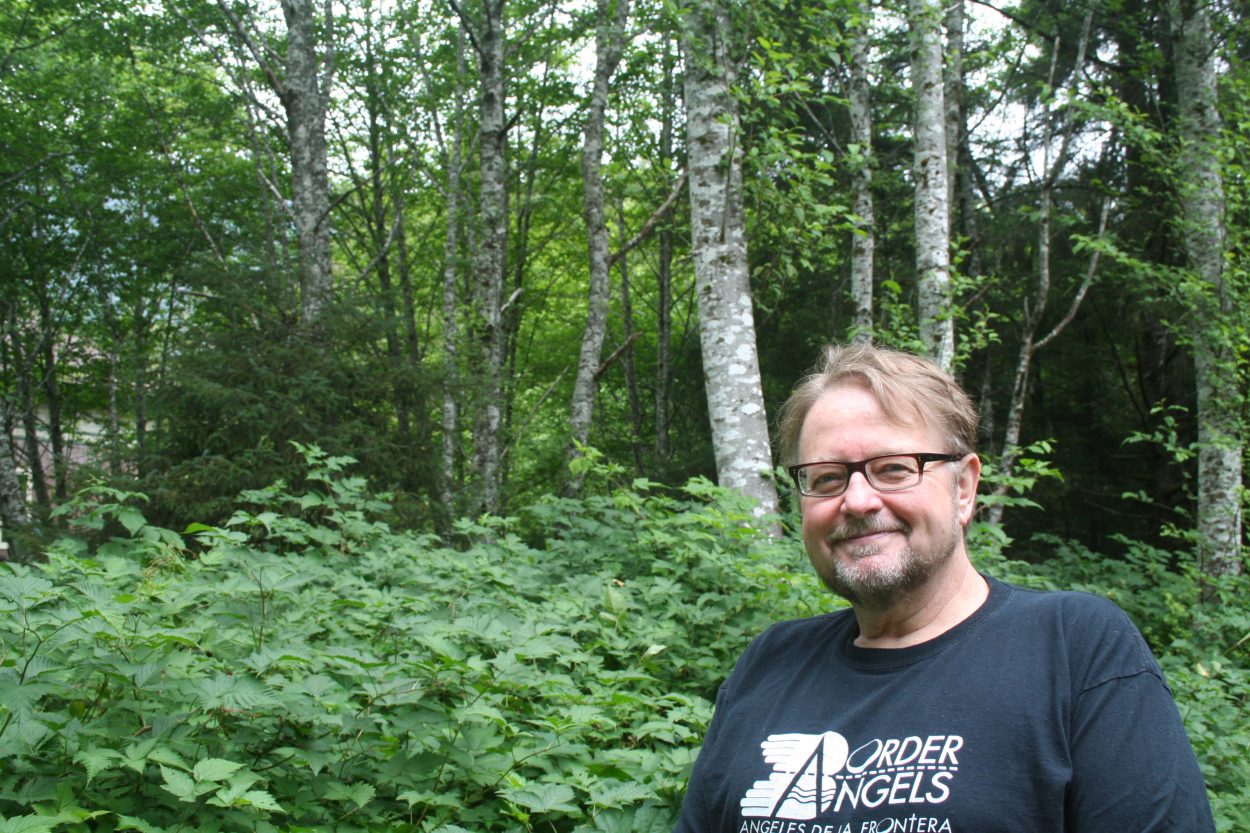 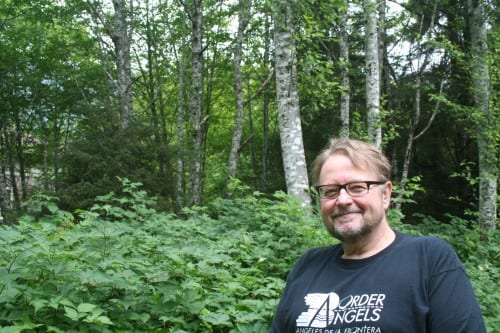 Luis Alberto Urrea’s writing was rejected for 10 years before a New York publisher took his first book in 1993. Since then Urrea – currently in town for the Sitka Symposium – has won a slew of prestigious awards, and has been nominated for a Pulitzer Prize.

Born in Tijuana, he said he started his adult life working with a Christian missionary group in the Tijuana garbage dumps, taking care of garbage pickers.

Urrea’s non-fiction book The Devil’s Highway was a finalist for the 2005 Pulitzer Prize. He has published fiction, poems, magazine articles and short stories…his 2009 story “Amapola” won an Edgar Award from the Mystery Writers of America. He also teaches creative writing at the University of Illinois at Chicago.

Urrea has been invited to past Sitka Symposiums, but this is the first time he’s accepted.

“It’s a think tank, but it’s also a soul tank. Where people come and expose their hearts to each other and make new communities it’s really cool to watch,” said Urrea.

This is Urrea’s second visit to Alaska. In February he toured the state with his wife, a former reporter for the Anchorage Times. He said he’s fallen in love with the area.

“Coming from Chicago I like the silence. It’s so holy. Course I’m a sucker for eagles and all that stuff. But I was walking out on the trail through all the totems and there was a beautiful bear paw print in the mud and I thought you’re just not going to see this in Chicago, that’s what I love,” Urrea said.

After he presented his TEDxSitka talk on Sunday night, a member of Bill Moyers’ staff got in touch with Urrea to request a transcript, for use in an upcoming Moyers show.

“So it was just kind of… perhaps a little satiric, but heartfelt questioning, what are we supposed to do? What are you supposed to do with children seeking help? Are we called on to hate them or help them, what’s our job? I think it went well.”

Urrea was impressed by the number of people who came up to him after his talk and asked for a hug. For a man who spent ten years getting rejection letters, it felt like a measure of success.