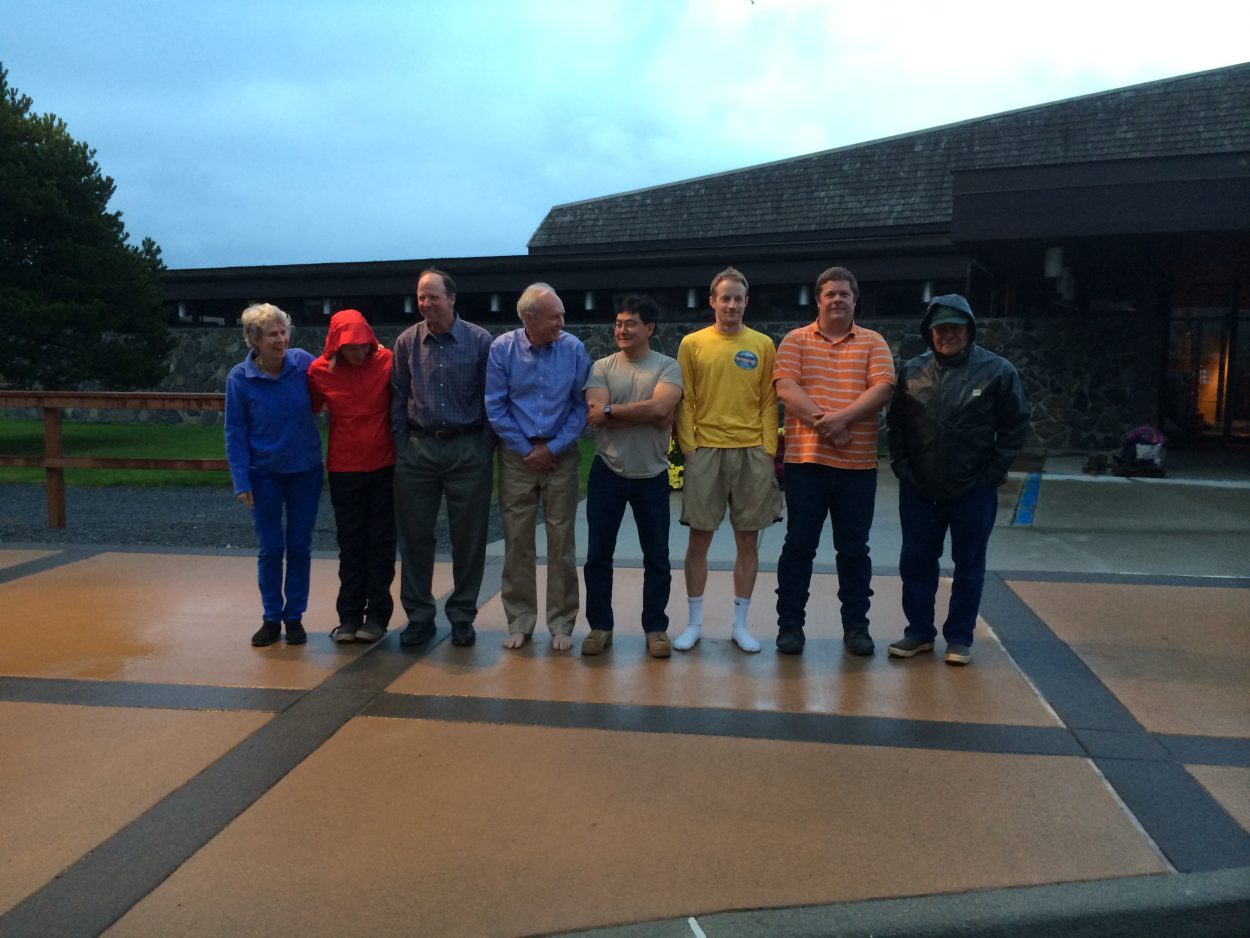 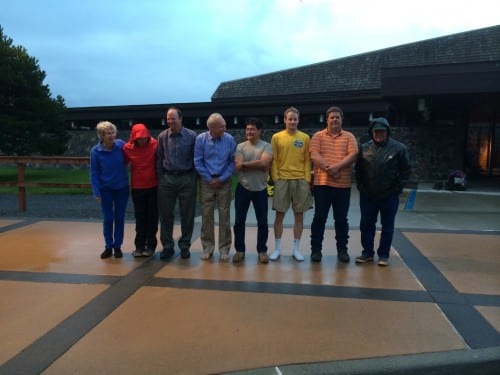 After adjourning on Tuesday evening (8-26-14), the Sitka Assembly found it still had one more item on its agenda…the Ice Bucket Challenge.

The challenge is a fundraiser for ALS, the neurodegenerative condition also known as Lou Gehrig’s disease. Participants are dared to either donate to the ALS Association or douse themselves with a bucket of ice water — or both. And it has become impossible to sign into Facebook or Twitter — or open a newspaper, or turn on the TV or radio — without coming across yet another example of someone dunking themselves to fulfill their end of the bargain. As of Tuesday, the challenge had raised a jaw-dropping $88-million in just one month.

So on Tuesday night, the assembly lined up in front of Harrigan Centennial Hall and took a serious soaking from the Sitka Fire Department’s Engine #2, under the gleeful direction of Fire Chief Dave Miller.

Just before getting doused herself, Mayor Mim McConnell threw down the gauntlet.

“I’m challenging the school board!” she said. “School board members are being challenged, for the Ice Bucket Challenge.”

On Wednesday (8-27-14) Sitka Schools Superintendent Mary Wegner accepted that challenge. The School Board will be fulfilling their own Ice Bucket Challenge at 12 p.m. on Thursday, August 28, in front of Pacific High School.

You can find more coverage of the Sitka Assembly here.