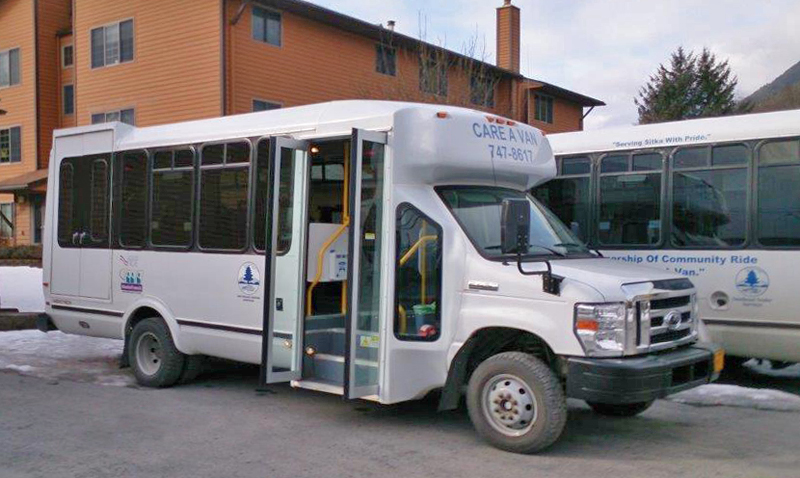 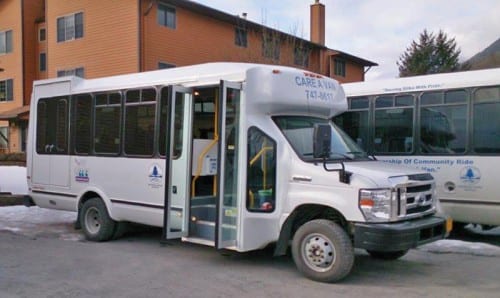 The Care-A-Van had no passengers at the time of the accident. (Center for Community photo)

A Sitka man is recovering after the bus he was driving rolled into a ditch on Halibut Point Road Thursday afternoon (8-28-14).

Tom Conley was driving the Southeast Senior Services’ Care-A-Van outbound along the 3300 block of HPR when he swerved to avoid construction personnel and put the van in the ditch just past Sollar’s Trailer Court at about 12:30 PM.

There were no passengers in the van at the time.

The van rolled onto its side, and came to rest pointing inbound. Sitka Fire Chief Dave Miller says Conley required assistance getting out of the van, but no special equipment was required.

Conley was transported by EMS to SEARHC Hospital, where he was treated and released Thursday. When KCAW News spoke with Conley on Friday about the accident, he had returned to the hospital for follow-up care.

Conley is a former school board member in Sitka, who has filed to return to office in this October’s municipal election. Bus driver is Conley’s second career: He retired last year as a physician at SEARHC Hospital.

The Care-A-Van is one of five operating in Sitka. Mary Ann Mills directs Southeast Senior Services for Catholic Community Services based in Juneau. She says it’s not known yet if the van is a total loss. She also does not anticipate a reduction in service while the van is out of commission.