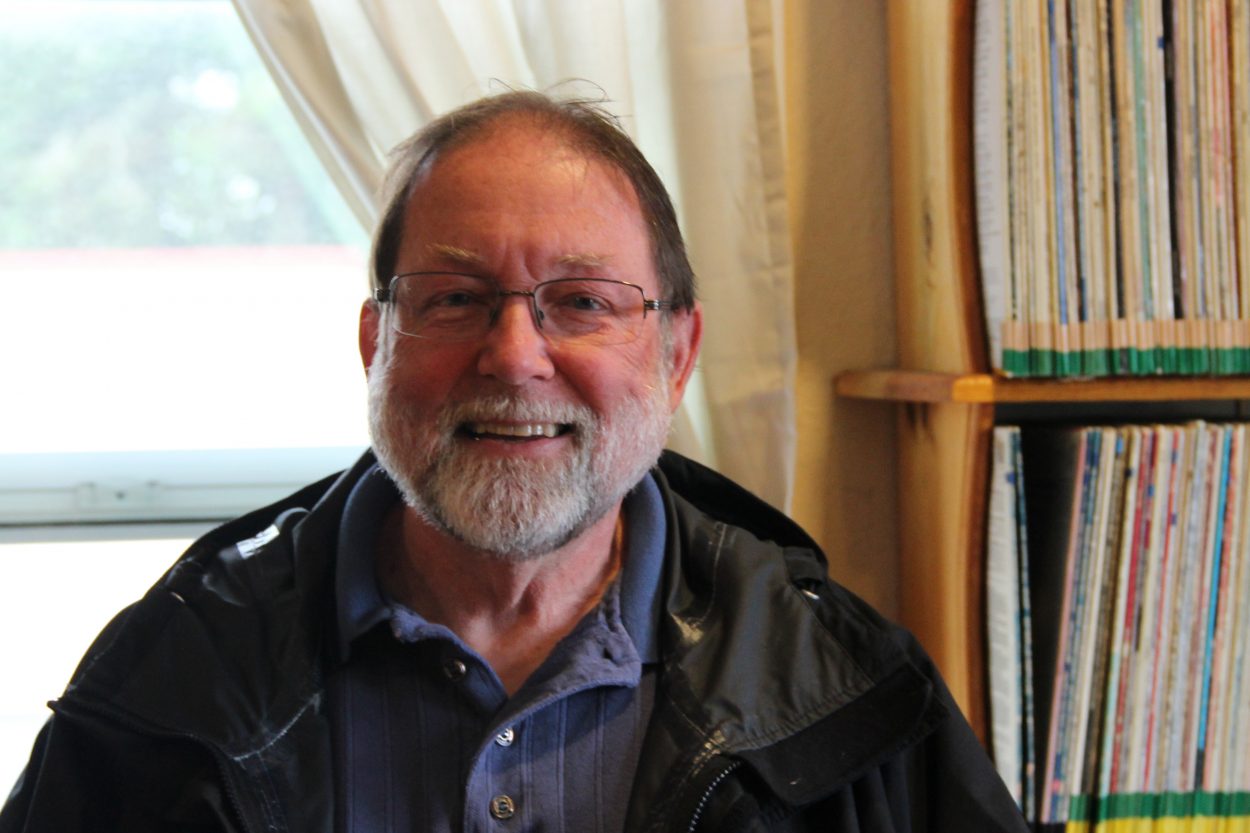 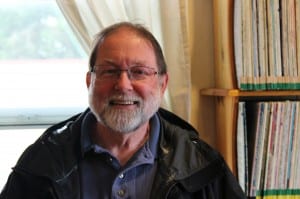 Richard “Dick” Parmelee. Though exhausted this year, he says “Next year, I may feel differently.” (KCAW photo/Rachel Waldholz)

However, since voting is less than 60 days away, Parmelee’s name will still appear on ballots, which are already being printed.

Parmelee told KCAW News that he’s had a long summer working in the tourism industry, and he underestimated his energy for serving on the assembly.

Parmelee is the current chair of the Sitka Planning and Zoning Commission, and says he plans to continue his service on that body for the remaining two years of his term. In all, Parmelee has served seven years on Planning and Zoning.

Parmelee says he’s not worried about friends voting for him out of courtesy. He says many have noted that he seemed overextended, and looked tired.

“There are plenty of other good candidates,” he said. “Please don’t waste a vote on me.”

Parmelee does not rule out another run for assembly in the future.

The municipal election in Sitka is Tuesday, October 7.