Yuck! Despite odor (and color) Sitka’s temporary water is safe 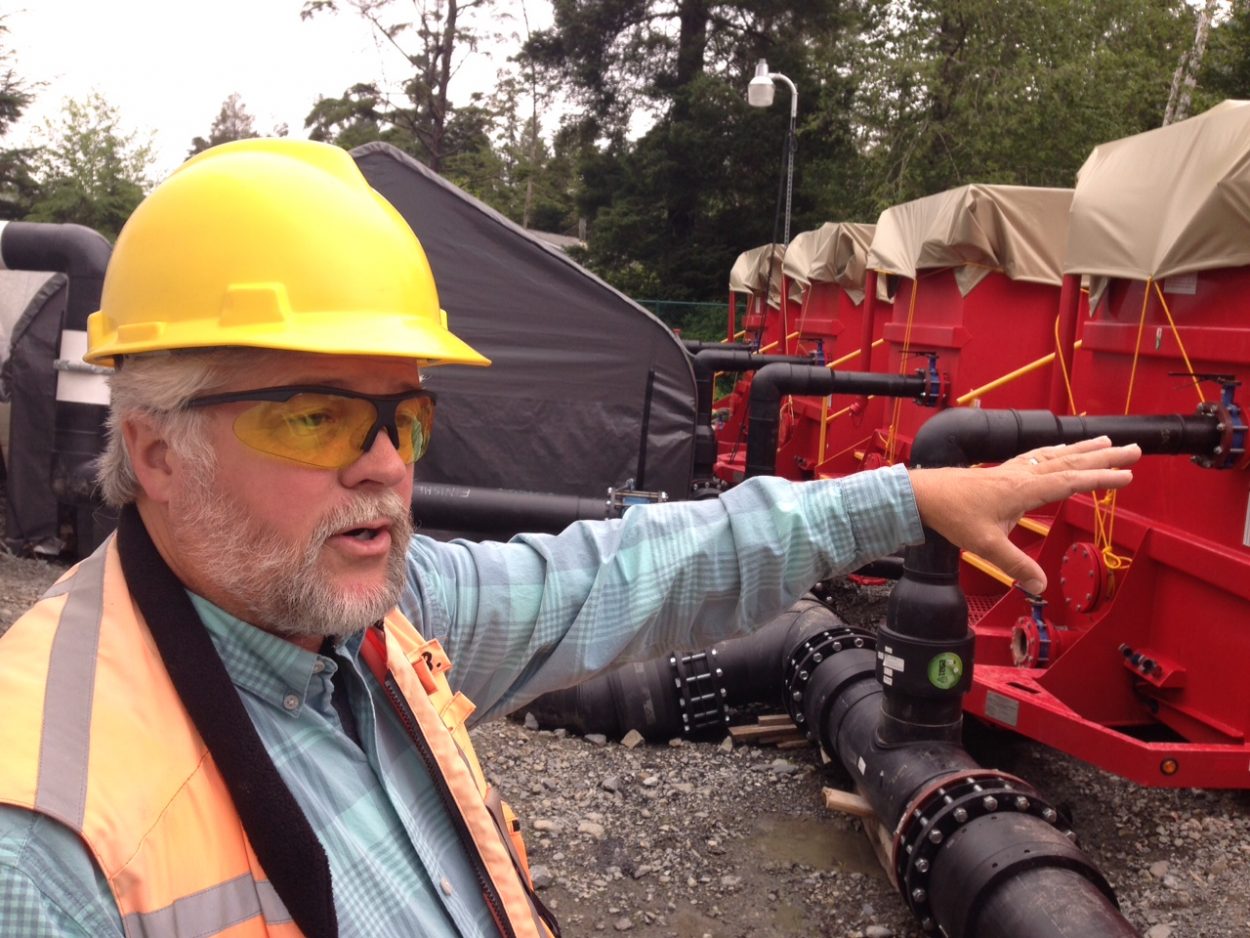 Sitka’s tap water smells bad at times, and it turns yellow at others — but it’s safe to drink. And it’s also temporary. In about 40 days, the community should be back on its primary water source at Blue Lake.

That water system has been shut down during work installing the new penstock at the Blue Lake Hydro plant. Sitka’s environmental superintendent, in the meantime, has been assuring residents that they are not imagining things. Sitka’s water has a stronger odor than usual — but it’s safe. 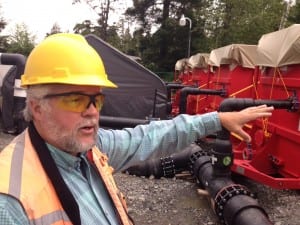 Sitka has been drawing its water from the Indian River since August 13. A $4-million rental plant has been installed at the end of the Indian River Road, and despite the price tag, the product is sometimes hard to swallow.

Read a report prepared for the Sitka Assembly on water quality at the temporary Indian River plant.

That’s Mark Buggins, Sitka’s environmental superintendent. When Buggins talks about Blue Lake — Sitka’s regular water source — being pristine, he’s being technical. There’s almost nothing in Blue Lake for chlorine to react with, so Sitka’s dose historically has been very small.

The temporary plant on the Indian River is a different matter. At the moment the stream is full of dying salmon for one thing, and also bacteria. But the plant is doing its job.

“We test our water all the time. Based on the size of our community, we have to do at least ten total coliform samples — that’s an indicator test of anything that might make you sick — and we do that at various locations throughout the community on a schedule. And we do at least ten samples a month.”

Buggins says the amount of chlorine in the water is less than the maximum allowed by the Environmental Protection Agency, and his department monitors flow rates constantly so as to not go overboard.

Still, there are times when the tap smells so strongly of chlorine that people wonder if Buggins himself can drink it.

“That’s a question that I get in the grocery store or something frequently. Am I drinking the water or buying bottled water. I’m not doing anything different. I make my coffee with it in the morning. Taking my vitamin pills with it.”

The Indian River is also a highly variable water source: Some days a clear, quiet stream, other days — especially after high rainfall — a raging, muddy torrent. Buggins says that at times like these, the filtering technology is nothing short of remarkable.

“That dirt is all taken out by the microfilters. They just plug along. It doesn’t matter what dirt level or turbidity we feed them, it’s always coming out consistent and about 10 times more clear than Blue Lake water normally is.”

But color can’t be filtered out. The naturally-occurring tannic acids in the muskegs along the Indian River Valley floor are washed into the river during high rainfall. It looks like chamomile tea. Old-timers in Sitka remember that yellow water happens in the spring and fall. Well, not that old-time: The Indian River was last used as Sitka’s permanent source in 1984.

On the upside, other than filtration and chlorine, Indian River receives no other treatment. Nothing.

“No other chemicals. Just sodium hypochlorite — or bleach, essentially — which we’re using as our chlorine source there at Indian River. Normally, when Blue Lake is operating, it’s very soft and we have to add soda ash to it to raise the alkalinity and the pH, and we also add fluoride at Blue Lake. We’re not adding soda ash or fluoride while we’re on Indian River.”

The contract with Barnard, the firm building the Blue Lake Hydro project, calls for an outage of 63 days as the new penstock is installed. The target date for reconnecting Sitka’s water supply falls on October 18. Alaska Day is already the community’s biggest holiday. Going back to great water will be one more thing to celebrate.