Vehicle tax a hasty solution for an overdue problem

The opinions expressed in commentary on KCAW are those of the author, and are not necessarily shared by the Raven Radio board, staff, or volunteers.

Note: This published commentary was edited (for length) for broadcast. You can hear that version by clicking the link above.

An Open Letter to the Mayor and City Assembly 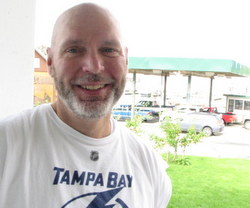 Since 2012, I have repeatedly voiced my strong opposition to the method you are using to identify solutions to resolve shortfalls in city roadway funding. Despite my attendance at six Assembly meetings to comment on this topic, five published Letters to the Sentinel Editor, one Raven Radio commentary spot, and over 65 hours of off-line research on my part, you have steadfastly failed to objectively listen to my plea for a cautious, timely, and well-researched plan to identify and field a resolution to this problem. Consequently, this letter is my final engagement on this topic before allowing you to declare victory by imposing your will over my pursuit of a more amicable solution.

Before proceeding further, I think it is important to know that I personally do not oppose an infusion of revenue to offset roadway maintenance and upgrade funds.

What I oppose is a “devil may care attitude” in rushing to a poorly researched and imprudently fielded tariff that no one unequivocally supports. I also oppose a solution that artificially or intentionally creates other than a level playing field for any person(s) ultimately forced to pay this new tax. Life is inherently unfair, however one can only hope that any decision – popular or reviled – at least contains an element of equality in the sharing of pain or joy. Turning a blind eye to the 36,000 annual visitors, seasonal hires, and governmental employees who use our roadway system, but pay no “user fee” because their vehicles aren’t registered in Sitka is hardly equitable. Punishing homeowners by laying the entire burden of roadway maintenance at their feet, via another property tax, while not also forcing property renters to pay, is hardly equitable. Equally so, artificially lowered the proportional rate for commercial operators or businesses – both of which simply pass their costs on to the consumer – is hardly equitable.

I understand the loneliness of being the person who has to make, and stand behind, a tough or unpopular decision. I did that as the Commanding Officer of USCG Air Station Sitka for two years. I also did that as the CGD7 Chief of Search and Rescue Operations in my last tour of duty before retiring back to Sitka. In that capacity, I was personally and directly responsible for all rescue operations within a 1.8 million square mile region that included four Southeast U.S. states, the Caribbean Basin, and 34 foreign nations. While dispatching assets from four Coast Guard air stations and 21 boat stations, I may enough tough AND unpopular decisions to last a lifetime. I also had the distasteful task of calling spouses of coworkers, and total strangers, in the middle of the night to let them know their loved ones had perished in a maritime accident. Trust me, I do fully understand the sleepless nights associated with making tough, but legitimate, decisions.

Thus far, it appears City leaders believe a hasty, poorly researched and sloppily fielded tax is needed to offset “20 years of funding shortfalls” for local roads. That approach is like keeping the locomotive going down the tracks at full speed no matter how many bodies are tied to the tracks. Somehow I have difficulty reconciling taking no action “in 20 years” with the chosen madcap process, without wondering who failed to exercise past due diligence in regard to stewardship of public trust and monies? To ignore the public outcry over this issue, while inflexibly rushing to an ill-advised quick fix only exonerates those City leaders and planners that fiddled while Rome burned.

I also seriously question the persistence the Assembly had demonstrated by repeated placing the burden on the unqualified taxpayers and volunteers to fix this problem for the City. I’ll be the first to acknowledge Assembly members have neither the technical skills, nor perhaps the time, to resolve this longstanding problem on their own. That’s why you have a well-paid, and fully qualified, staff within your purview. Make them earn their pay by proving to you that a problem exits; by demonstrating stewardship of public trust by identifying solutions within their budgetary expenditures; and by compelling them to provide you – within a specified deadline – with a recommended solution and alternative course of actions. Then you educate the citizen of Sitka (i.e., your constituents) on the issue and partner with them to pursue a mutually agreeable solution at the 2015 municipal election.

I have always guided my life using the precept, “Never care more about a decision than the people who own the decision”. Therefore I wave the white flag on this topic and promise to stop chasing windmills in regards to this matter. Sadly, all I’ve learned from this interaction is that it is better to idly stand by and say nothing, versus trying to be a passionately engaged citizen.

As I end this letter I would like to take the opportunity to share with you a leadership quote from the great leader and spokesman, John F. Kennedy. During my quarter century of leading Coast Guard air and boat crews into harm’s way, it always provided inspiration when things were tough and I sensed the troops resolve had begun to falter. This passage was delivered in September of 1962 when President Kennedy addressed the Nation to gain their support for sending a manned space flight to the moon.

I would suggest this passage equally applies to your future efforts in resolving this roadway maintenance and upgrade dilemma.