Another deer found with wire snare near Sitka 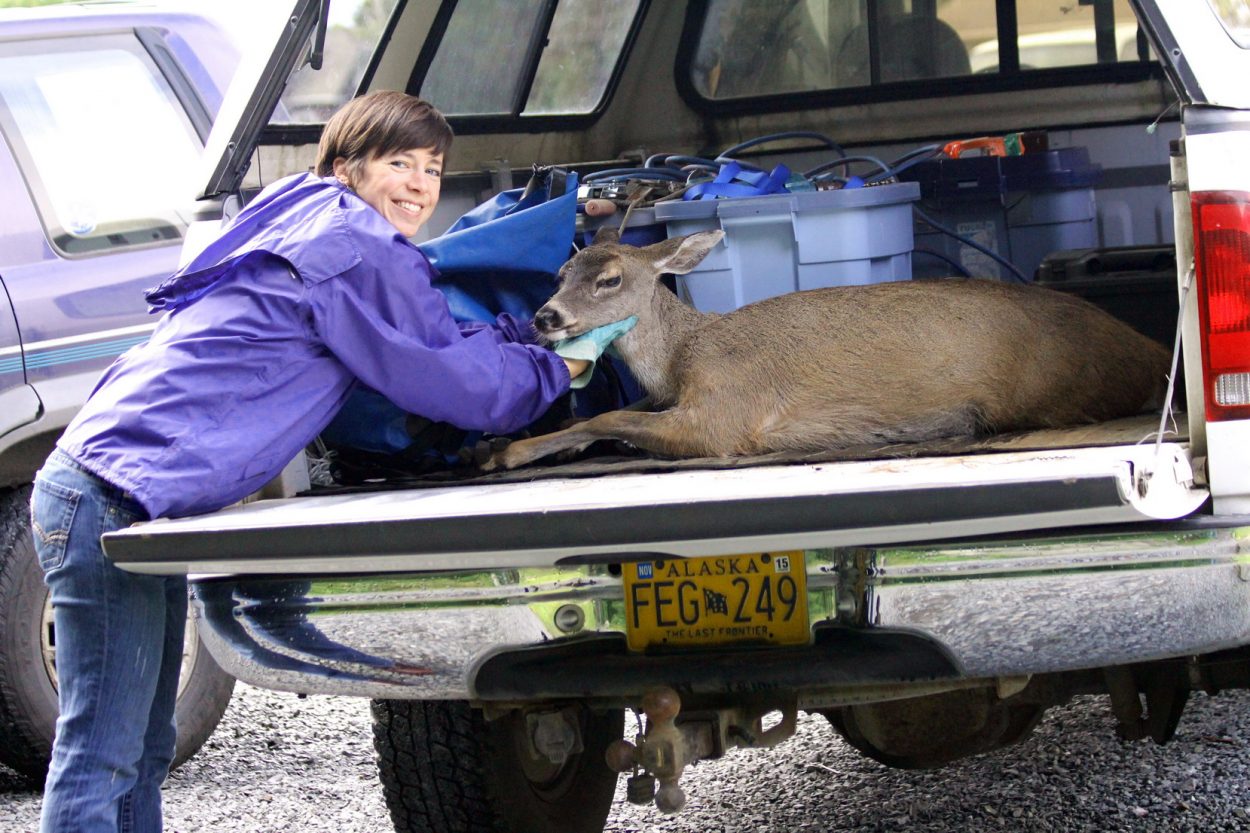 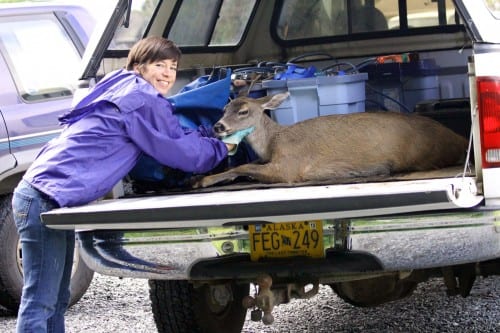 ADF&G tech Holley Dennison loads the doe into a truck at the Hames Center, for a trip back to the woods to recover. (ADF&G photo/Phil Mooney)

A second deer is on the mend, after being caught in a wire snare in downtown Sitka.

State Fish & Game biologist Phil Mooney shot the doe with a tranquilizer dart Tuesday (9-16-14) near the Hames Center. Like a deer captured last Friday, this animal also had a smooth wire around its neck.

Mooney says the doe did not appear to have a fawn, and is younger than the previous deer. It probably broke the snare loose struggling to free itself. Other than a couple of scabs from being poked by the wire ends, the deer was uninjured.

Based on the size of the wire, Mooney believes the two deer were snared unintentionally. Still, he says, “It’s not a good thing.”

Like its predecessor, this deer received antibiotics, an ear tag, and a bright orange collar with a Global Positioning System data recorder. Mooney will include the animal in a local habitat study with several other deer. The collar will release automatically next summer.

Mooney says he appreciates the efforts of concerned residents to keep an eye on the doe, making it that much easier to find.