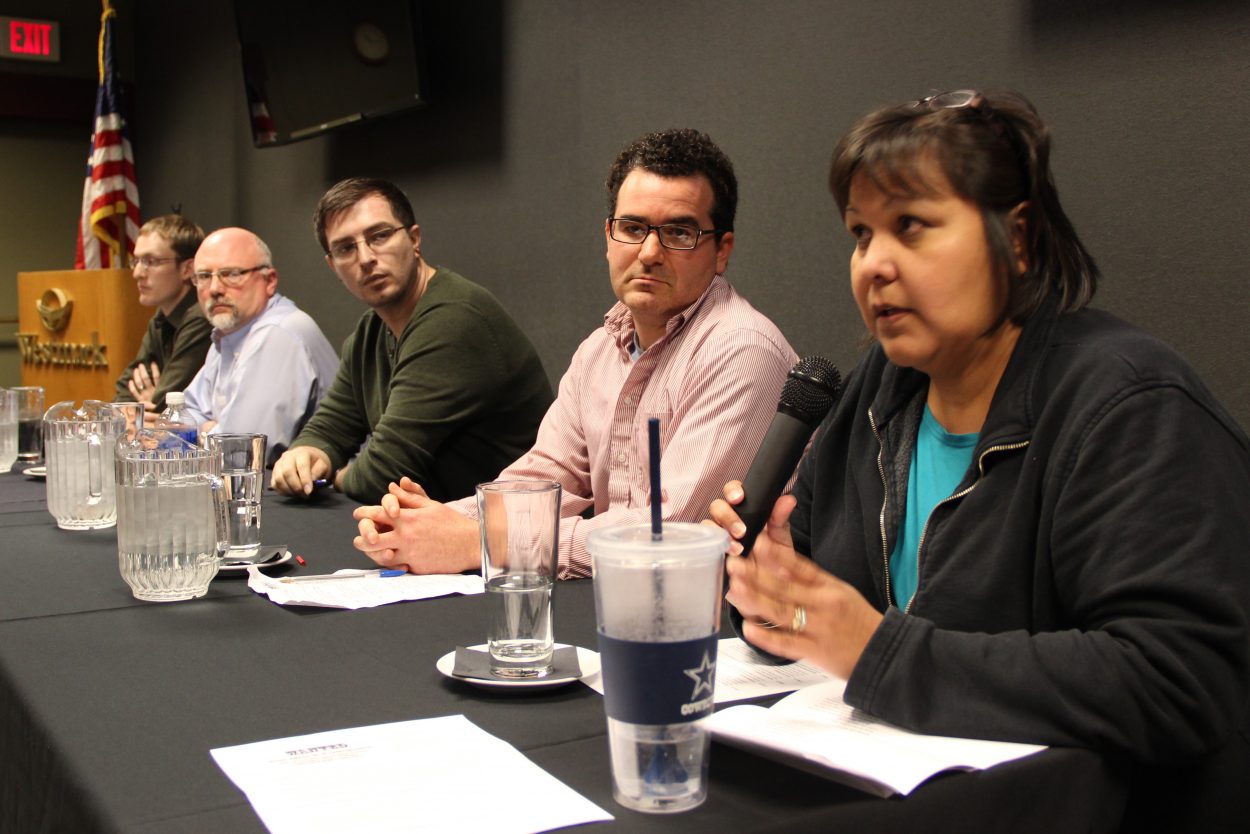 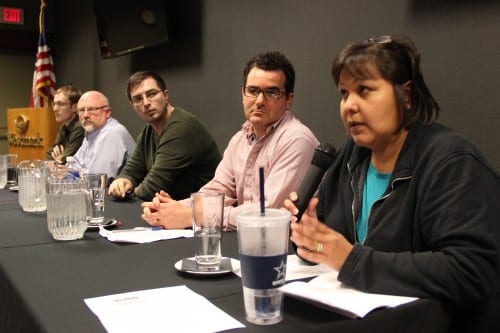 Five candidates are running for a seat on the Sitka Assembly this year. Their experience runs from lifelong resident and former assembly member to relative newbie.

The candidates met this week (9-22-14) in a forum held at the Sitka Chamber of Commerce. A fairly large crowd attended to hear the candidates answer questions and share their views on a range of issues.

Here’s a snapshot of some of their ideas.

The five assembly candidates will take your questions in a live election forum Monday, September 29 on KCAW beginning at 6:30.

Thor Christianson has won three previous terms on the assembly, and lost his seat once. He’s the veteran campaigner in this crop of candidates. His approach to the question of economic development is practical.

“Pretty much every assembly election this is the $64,000 question. The problem is that city government is limited to what it can do to promote the economy. But there are some things that we’ve been doing that we should continue doing, and other things we can do. The first requirement for the city is to provide good infrastructure.”

Christianson said the experience he would bring to the assembly table has been “hard won.” He works for Southeast Regional Emergency Medical Services.

Steven Eisenbeisz is a former marine who’s served three combat tours in Iraq. He runs a downtown store with his wife. He admitted that part of the solution to increasing municipal revenues in Sitka was a little controversial.

“And that’s marijuana. Whether you support it or not, there is a chance that the state is going to pass a law legalizing marijuana. I do feel that the city attorney hit the nail on the head when she said, We need to look into this, we need to get on top of this now so that we’re not left in the dust.”

It’s Alaska voters who will be deciding the marijuana issue in November, when they see Ballot Proposition 2, along with propositions on the minimum wage and mining in Bristol Bay. Eisenbeisz also suggested using taxes to incentivize business. He’d done it himself to good effect in the popular game Sim City.

Not so with Lillian Feldpausch. The current Sitka Tribal Council member thought the city was already living beyond its means, as was the school district.

“As voters it was brought to us about the Performing Arts Center. Was it a need or a want? For now, funds are being taken away to help continue to run it — are taken away from our education for our children. So we need to be able to take a look at our needs and wants.”

Like Aaron Wamsley, Tristan Guevin is also a relative newcomer to town, and just as committed to his new home. Guevin worked in the Ukraine with the US Peace Corps before settling here, and studied economics and public policy at Tufts University. He looked at education as an investment.

“I would fund education. I would fund our schools to the cap, because I believe education is the best investment you can make for our future. If we’re going to have a vibrant community 10, 20, 30 years out, we need to invest in our children at a young age. From pre-school on up, and even before that.”

Guevin has been deputy general manager for the Sitka Tribe of Alaska and directs the language revitalization effort for the Sitka Native Education Program.

Sitka voters will see seven names on the assembly ballot when they go to the polls on October 7: Richard Parmelee and Dennie Daniels both dropped out of the race — after the deadline passed for printing ballots.