Sitka’s school performance: No fault in these stars 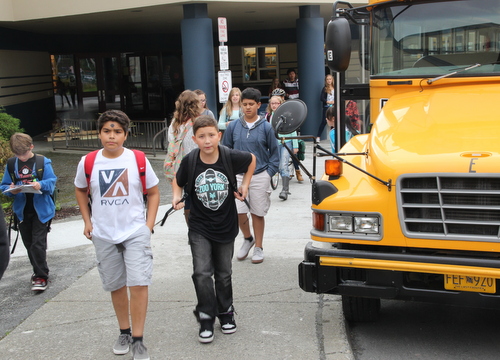 With anxiety running high over how Sitka schools will fare under newly-adopted state testing standards this year, the Sitka school board seemed pleased to learn that — under the old standards — the district has shown significant improvement.

District superintendent Mary Wegner delivered the news at the board’s regular meeting this week (10-6-14), but there is also some troubling information in the data. 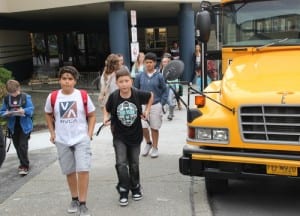 It’s called ASPI, or the Alaska Schools Performance Index, but it won’t be long before the term is obsolete. Alaska adopted ASPI in 2012 after securing a federal waiver, and dropping out of “No Child Left Behind” — the assessment scheme developed by the second Bush administration that many considered too utopian in its vision, and too draconian in its methods.

Alaska went to stars instead, with 5-stars being the best. Superintendent Mary Wegner says Sitka Schools measured up.

“Thanks to the work of everyone in our learning community, I’m thrilled to report that all of our schools are 3, 4, and 5-star schools. (Applause) That puts us as a district in the top tier of districts in the state.”

That top tier contains districts who had fewer than 25-percent of their schools fall below two stars.

The other component of the old standards system is called AMO, or Annual Measurable Objectives. The goal here is to measure the gap between 100-percent proficiency in three subject areas — reading, writing, and math — and students’ actual proficiency, and cut that gap in half over six years.

AMO is a test against a district’s own data. So even though Sitka students overall are performing above state averages, closing the gap has been challenging. The reason? Not all student populations perform comparably. Assistant superintendent Robyn Taylor broke down some of the demographics: There is a gap between female students and males in most areas; a gap between Native and non-Native students; and this…

“The bottom graph represents the low-income and non low-income students. Non low-income is the left hand side dark blue, and the light blue is students who are not low-income. So we still do have a gap, and that’s been one of the goals of the board.”

Low-income students comprise the single-largest minority in Sitka’s schools — about one-third. The administration didn’t put a face on this statistic for the board, or characterize it any other way than as data. But school board incumbent Tim Fulton discussed it in a recent KCAW election profile.

And the AMO data told other stories as well: There’s a dip in math and science proficiency in 10th grade — board president Lon Garrison said he was concerned about that. If the district invested in boosting math performance under Annual Measurable Objectives, how would it know if it were successful when students are tested under the new Alaska State Standards?

“The things that we’re doing now are going to pay dividends but things don’t happen overnight. To me, some of the frustration is that. You work so hard one year or two years, and make some changes, and we don’t always have the luxury of time to see that happen.”

The new Alaska State Standards go into effect this year. The English Language Arts curriculum is already being taught through 8th grade, the Math curriculum is being piloted, and Science and Social Studies will follow. Many teachers have already embraced the Alaska Standards — which closely follow the Common Core and are implementing it on a classroom-by-classroom basis.

Garrison was worried that students will not be fully prepared to be tested under the new standards — but he’s not panicked.

And as for those stars? Sitka’s two elementary schools are both 5’s. Everyone at Keet Gooshi Heen — including economically disadvantaged students, Alaska Native, students with special needs — demonstrated a full year’s academic growth – the holy grail of the ASPI. Superintendent Wegner said “We’ve made the investment in the elementary grades.”

Although the Alaska School Performance Index is being phased out, Sitka and other districts will get to keep their scores — as is — for one more year. Wegner said there will be testing this year using the new standards, but the state will not release the scores, to give schools that much more time to adapt to the new curricula.