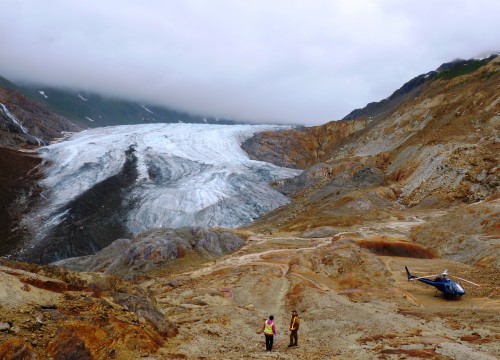 A growing number of municipalities in Southeast are expressing concern about the mining boom in British Columbia.

More than half a dozen mines have been proposed in B.C., and several sit in the headwaters of rivers flowing into Southeast Alaska, including the Taku, Stikine, and Unuk Rivers.

Critics are concerned the mines could affect water quality and salmon habitat.

Sitka, Wrangell, Petersburg, Tenakee Springs and Port Alexander have all either passed resolutions or written to Alaska’s congressional delegation, asking the U.S. government to intervene.

The Southeast Conference of Mayors has a similar resolution in the works. And in Ketchikan, the assembly has directed the borough manager to draft a resolution for it to consider.

Sitka Mayor Mim McConnell says the mines may seem far away, but their impacts could be felt close to home.

“We’ve worked hard to keep our reputation strong for having healthy salmon,” McConnell said. “And we don’t want to lose that. It’s a huge industry in our state…that would be crazy to do something to impact that.”

The Sitka Assembly passed its resolution on October 14. It asks the federal government to take their concerns to the International Joint Commission, which handles issues under the U.S-Canada Boundary Waters Treaty.

The resolution asks the U.S. government  to use “any and all powers under the Boundary Waters Treaty to ensure that Alaska resources are not harmed by upstream development in B.C.” and asks that local communities be represented in any discussions.

State Representative Jonathan Kreiss-Tomkins says the goal isn’t to stop development, but to make sure that projects are fully vetted.

“So it’s not an ultimatum,” Kreiss-Tomkins said. “It’s just saying, ‘We need to do our homework,’ or, rather, ‘Canada, please, do your homework, for all of our sakes.'”

A dam failure at the Mount Polley mine in eastern B.C. in August gave the issue more urgency. That breach released more than 2 billion gallons of water and mine tailings into the headwaters of the Fraser River.

In his letter to Alaska’s congressional delegation, Wrangell Mayor Dave Jack wrote that the Mount Polley spill has “shaken confidence in the Canadian Government’s oversight of mining operations.”

The resolutions join similar statements passed by many tribal governments and organizations, including the Alaska Federation of Natives, National Congress of American Indians and the Tlingit and Haida Central Council.