One fishing vessel safe, another aground in weekend mishaps 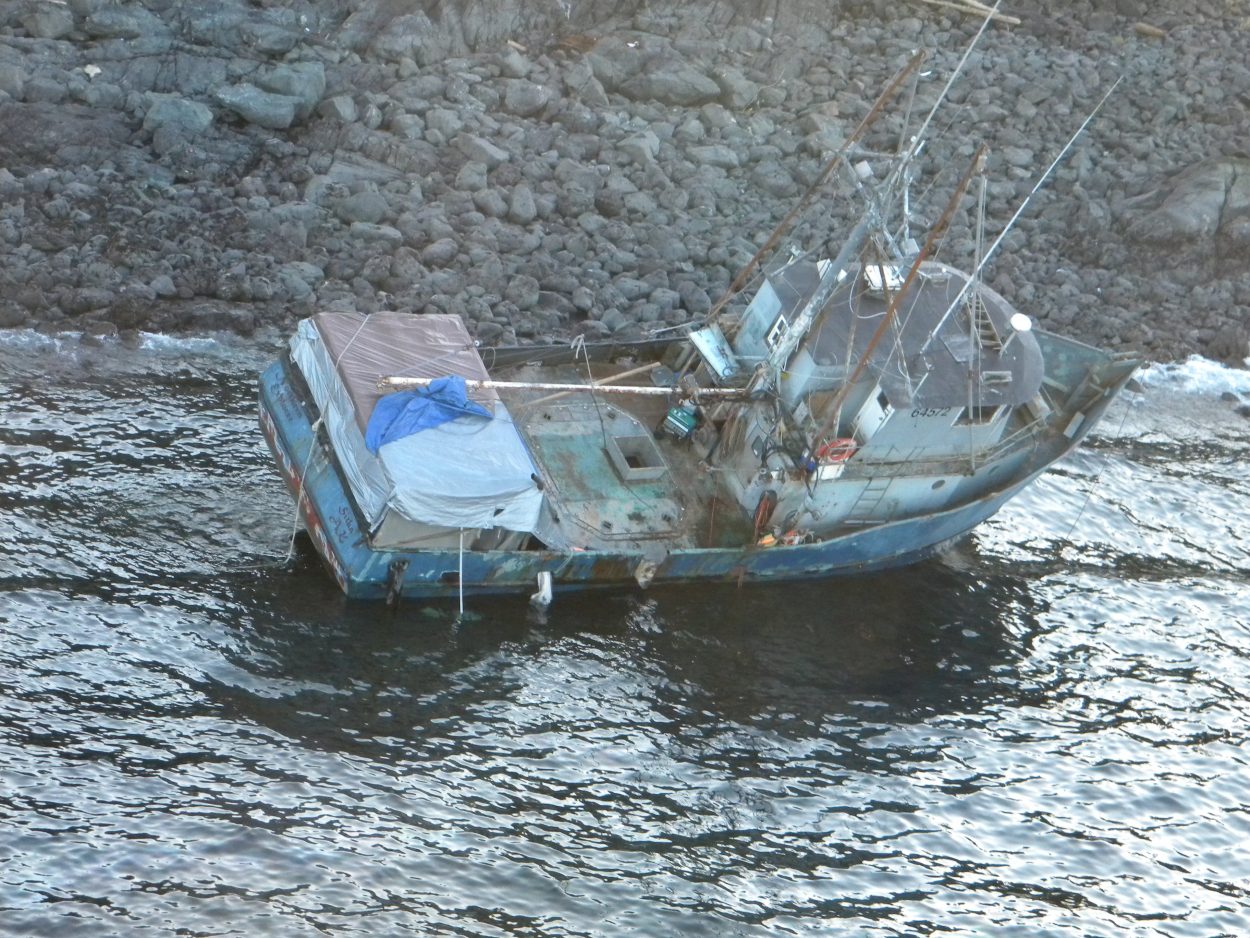 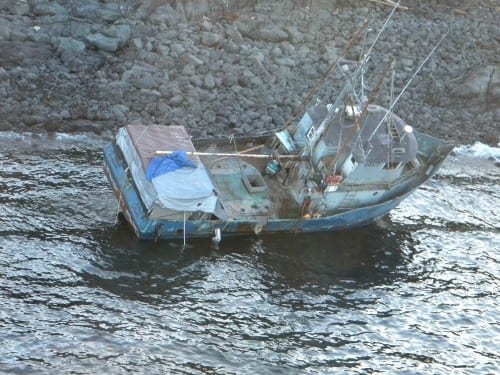 The Northern Explorer went adrift in Peril Straits. The Coast Guard says no one was aboard at the time. (USCG photo)

A troller is safely moored in Sitka after receiving assistance from a good Samaritan vessel and the Coast Guard over the weekend.

Another boat’s future is uncertain, as it remains grounded on a rocky beach in Peril Strait.

Lt. Jason Condon, with Air Station Sitka, says that a helicopter was launched last Friday morning after the Coast Guard lost radio contact with the fishing vessel Solour, which was reported taking on water in Deep Bay. On arrival, the helicopter crew discovered that a good Samaritan vessel, the Carpe Diem, had also responded to Solour’s distress call, and was providing assistance. The leak was located and stopped, and the two crew members on board the Solour were able to dewater using the boat’s own bilge pumps. 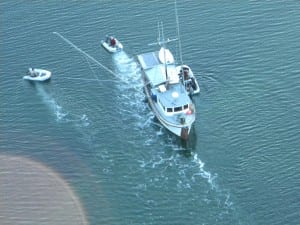 As the Coast Guard arrived at Deep Bay, the Solour was already receiving assistance from the crew of the Carpe Diem. (USCG photo)

The Solour returned to Sitka later that same day.

Condon says both missions over the weekend highlight the importance of cooperation on the water — especially this time of year.

Note 12-8-14: The Coast Guard originally reported this vessel as the “Northern Exposure,” and there is a vessel registered under this name in the Sitka Harbor system. However, harbormaster Stan Eliason reports that this vessel has been renamed “Progress Maker,” and the former name “Northern Explorer” is still visible on the hull. Prior to being called “Northern Explorer,” Eliason says the boat was known as “Buccaneer.”