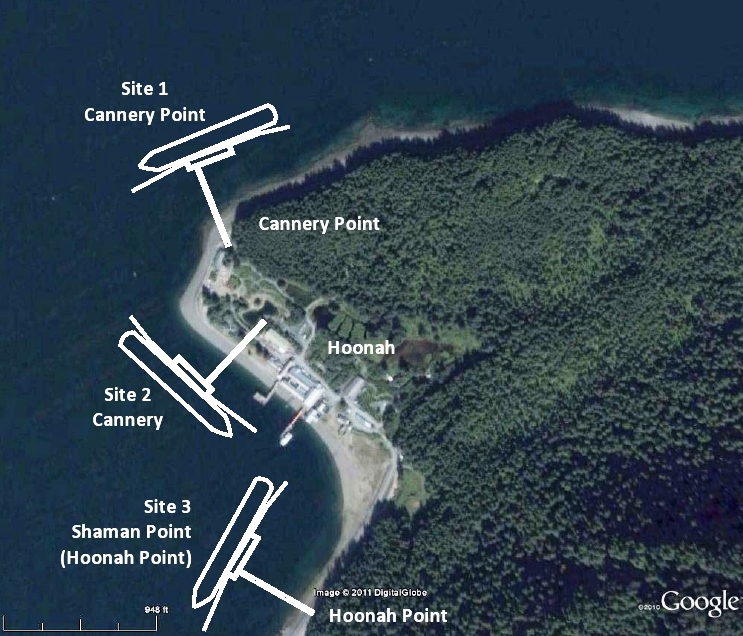 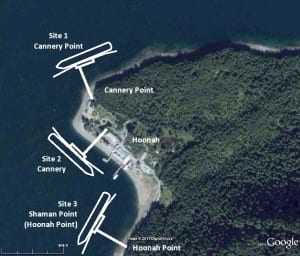 Hoonah’s Icy Strait Point tourist attraction will see more visitors once a new cruise ship dock is built. That’s according to officials, who expect it to attract more cruise lines to the town 50 miles west of Juneau.

But critics worry the location will not help the rest of the city.

Its main attraction is a renovated salmon cannery that houses a museum and gift shops. It’s a base for bus tours, wildlife-watching excursions and a mile-long zipline.

Over the years, tens of thousands of tourists have arrived at the point via cruise ship. But those ships have anchored nearby and brought passengers ashore via small boats called tenders.

That will soon change.

She says the new dock will allow more and different ships to deliver passengers.

“For instance, Disney can’t tender. The ship that comes to Alaska does not have tender boats on it. So we have talked to Disney about stopping in once we have the dock,” she says.

Disney did not immediately respond to a request for confirmation. Banaszak said another line that only uses tender boats occasionally may also be interested.

Huna Totem, the city of Hoonah and the state recently formed a partnership to oversee the dock’s design and construction. But it hasn’t always been that friendly. 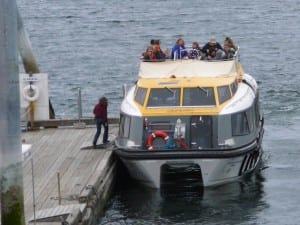 Cruise ship passengers board a tendering vessel at Huna Totem’s Icy Strait Point. A new dock is planned that cruise ships can tie up to.  (Ed Schoenfeld, Coastalaska News)

The city of Hoonah wanted another location, closer to town and easier for fishermen and other locals to use. The former mayor and city council members cited a study showing the current site to be too windy in the winter.

“Considering the kind of weather they get there, I’m sure it’s going to take a hell of a beating,” says Bob Prunella, a former interim Hoonah city administrator who lives in Wrangell.

“That spot that the city picked, it’s just more protected because, quite frankly, the ships anchor in a little deeper water right there anyway,” he says.

The cruise industry opposed the city-backed site. Officials said it would only use the one now slated for construction. And the state said it would only pay for a site cruise lines would use. Then, elections changed the balance on the city council.

The state contributed about $14.5 million, which is passing through the city. Banaszak says the remaining $10 million or so will come from Huna Totem.

“Nothing can be done strictly just by Huna Totem or just by the city, it really is a partnership and everyone working together to do this, because it’s quite a huge opportunity,” she says.

She says construction will begin by March and finish by the end of August. She also says the 400-foot floating pier is large enough to accommodate all ships that sail Southeast.

Former city administrator Prunella says he hopes the site decision will reduce community tensions, even if he doesn’t like the location.

” I think the important thing is, one, they’ll get the dock, and, 2, maybe there won’t be so much infighting in that little community,” he says.

Huna Totem estimates more than two-thirds of last summer’s 140,000 cruise passengers left their ships to explore Icy Strait Point. It expects about 20 percent more to visit the attraction with the new pier in place.