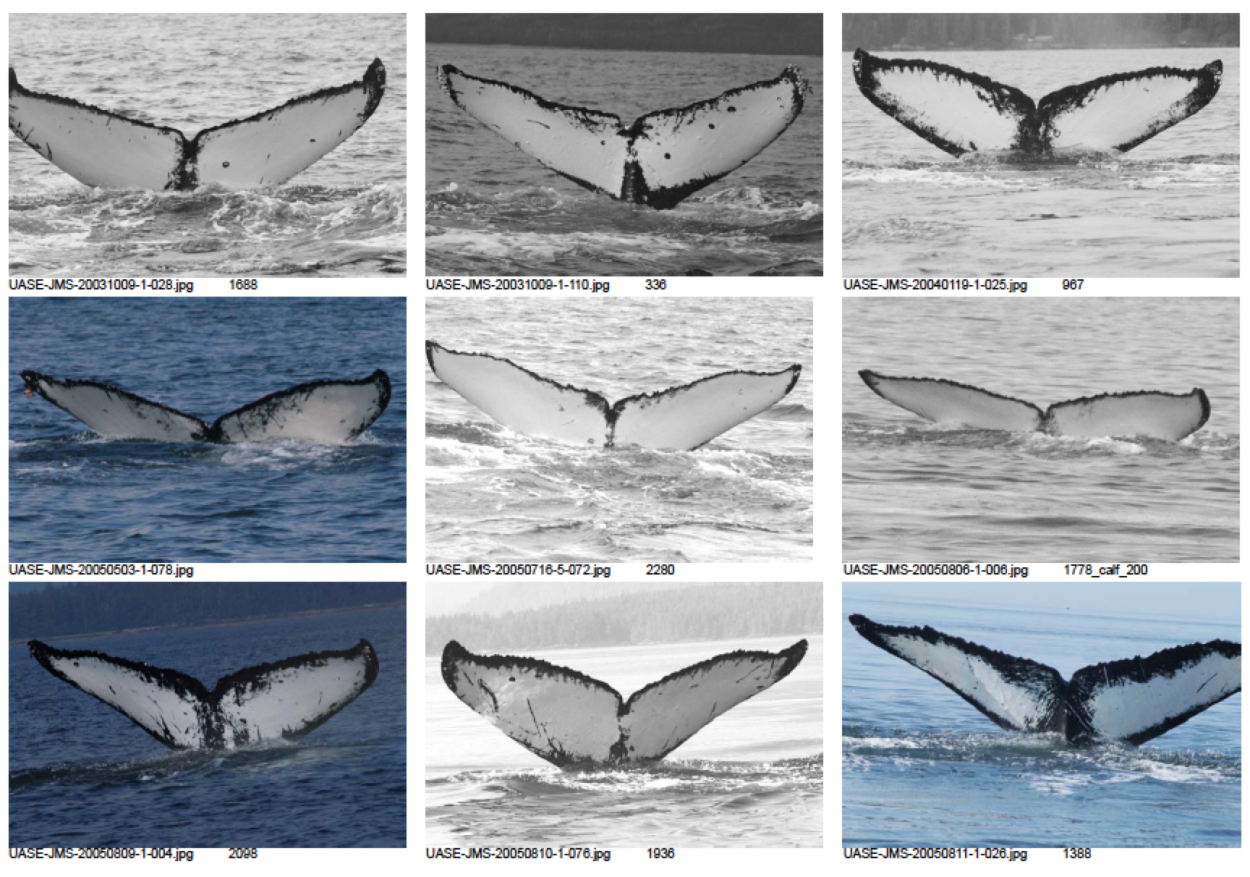 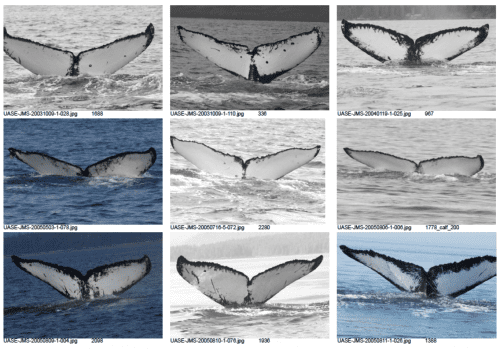 Within the next few weeks, federal officials will likely decide whether humpback whales should be taken off the endangered species list. Like virtually all the great whales, humpbacks were hunted almost to extinction in the 20th century. By the mid-60s, researchers think there may have been fewer than 1500 in the entire North Pacific.

But after forty years of protection, their numbers have grown. In the second part of their series looking at humpback whales and the Endangered Species Act, KCAW reporter Rachel Waldholz and University of Alaska Fairbanks PhD student Ellen Chenoweth ask, how many whales are out there, anyway? 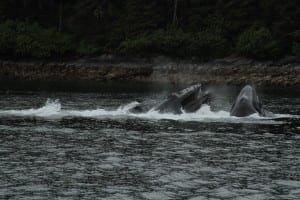 These days, humpback whales are a frequent sight in Southeast Alaska. But that wasn’t always the case.

“In those days, I spent more time looking for whales than actually observing them,” Gabriele said. “It was hours and hours on the water, trying to find a needle in a haystack.”

“But these days, there can be so many whales in one of those survey areas that we can’t even photograph them all in a single survey day,” she said.

When you’re talking about taking an animal off the Endangered Species List, the obvious question is, well, how many are there?

And with humpbacks, for a while, the only answer scientists had was, “more than there used to be.”

“In order to understand humpback whales in the North Pacific, we had to go everywhere that we thought they might be,” Gabriele said. That meant looking for humpbacks from Central America to the Bering Sea, and from the Gulf of Alaska to the Philippines. More than 400 researchers in 10 countries took part.

Waldholz: But how do you count whales?

Chenoweth: The system is called mark and recapture. This is one of the primary methods used by biologists to estimate population size. Normally you actually trap animals, tag them, let them go and then a little while later try to recapture them.

Waldholz: But obviously it’s a little hard to do that with whales.

Chenoweth: Actually, in some ways it’s easier with whales, because they come pre-marked. Each whale tail, or fluke, is about 15 feet wide, and they’re distinct, so you can use them like fingerprints.

“What we do is go out in a boat and when the whale shows its tail as it dives down beneath the water we take a photograph,” Gabriele said. “And we compare that photograph to all the other whales we’ve ever seen.”

This is called fluke matching. And the SPLASH researchers collected photos of 8,000 different flukes.

Waldholz: So that’s literally sitting there with a photograph in your hand, flipping through pages and pages of fluke photos…

Chenoweth: It may sound frustrating, but, oh, when you match a whale, there’s no feeling like it, Rachel! [Laughs]

But how do you go from matching fluke photos to estimating the size of a population?

Chenoweth: Well, the math here its actually pretty intuitive.  It’s like, if you run into someone in a big city, you know you’re not likely to see them again. But if you run into someone in a small town, you know that you are likely to see them again, just by chance. And that’s what the biologists are doing. If they see the same whales over and over again, they assume the population is probably pretty small. But if they’re seeing new whales all the time, then it might be a larger population.

Using that logic, scientists could go from 8,000 fluke photos to an estimate of how many whales are in the whole North Pacific. And the number they came up with is 21,000: an estimated 21,000 humpback whales in the North Pacific in 2006, the last year SPLASH collected data.

“We went into SPLASH not knowing how many whales there were, so it was hard to say whether we were surprised or not, that there were that many,” Gabriele said. “But the SPLASH effort was geographically very broad and went into places where we had never really tried to study humpback whales before.”

The researchers also collected DNA samples. And they found differences among the humpbacks’ different feeding grounds.

“For example, an area like Southeast Alaska has a particular signature, a genetic signature, that you can look at, and it is discernibly different from the genetic make-up of whales in, for example, California, Oregon and Washingto,” Gabriele said.

But they also found that the different populations sometimes mix, Gabriele said. Researchers knew, for example, that the humpbacks that feed in Southeast Alaska in the summer generally breed in Hawaii during the winter. But it turns out some of those whales also go to Mexico. Some go to Japan.

And while whales in Southeast Alaska seem to be thriving, that’s not true everywhere.

“In particular, the whales in the western part of the North Pacific, the whales that migrate between Russia and Okinawa and the Philippines,” Gabriele said. “That’s quite a small population and the migratory connections between those areas are really poorly understood.”

There are still more insights coming out of SPLASH – as Gabriele said, “the data analysis lives on.”

But there’s one more thing, in particular, that scientists can do with this data. Once researchers know how many humpbacks there are now, they’re one step closer to figuring out how many there used to be — before commercial whaling.

But to get there, you also need to know how many whales were killed during whaling. And that’s the tricky part.

Paul Wade is a biologist at the National Marine Mammal Laboratory in Seattle.

“We knew that the Soviet Union had falsified whaling records in the North Pacific,” he said. “But it wasn’t clear that we were ever going to be able to get at the real numbers, because we thought the records were lost.”

“But it turns out that they were not lost.”

That’s our next story. Data hidden in a potato cellar, an archive in eastern Russia – the secret history of Soviet whaling in the North Pacific.