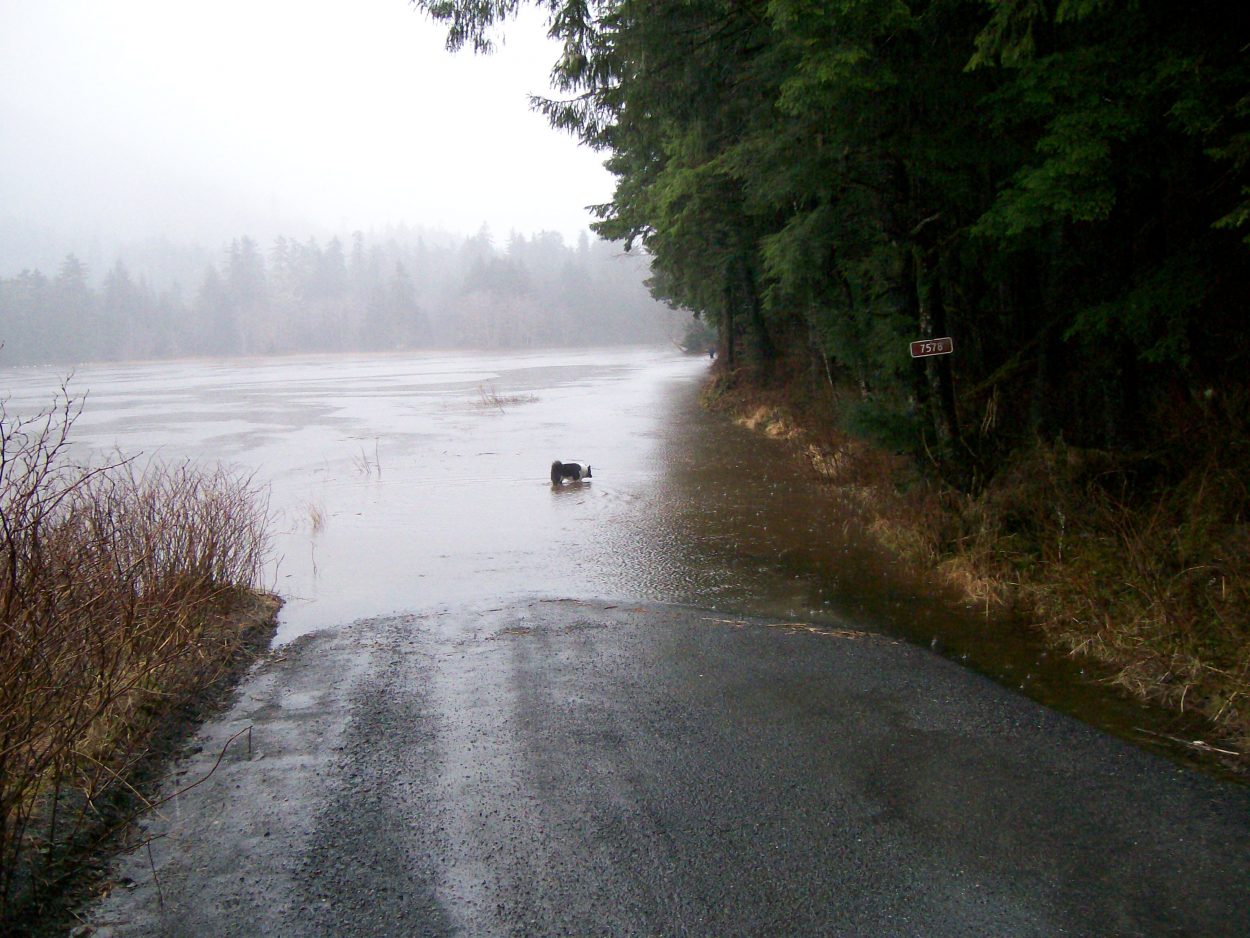 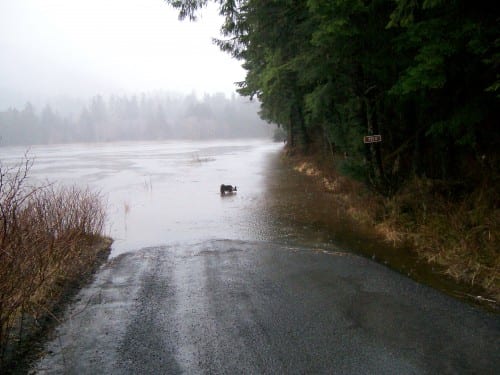 There is an upside to having rainy, autumn weather in the middle of winter: both Sitka’s reservoirs are filling up.

The Blue Lake dam was recently raised in the largest public works project in Sitka’s history. The new height is 425 feet. This latest storm has pushed the level in the lake to 409 feet, just sixteen feet below spilling.

Green Lake is also on the rise. Rogers says levels in Green Lake are now at 386 feet, just nine feet below spill.

Rogers says all the rain is a good thing. He says, “We’ll be going into spring with full lakes.”

In a typical year, Sitka’s reservoirs are draining during this period, as cold temperatures hold moisture in the mountains as snowpack.

Rainfall around the region on Tuesday set records in many places, but not in Sitka. The official total for the day was 2.09 inches, five-hundredths of an inch below the daily record of 2.14 inches set in 1984.

Juneau, Haines, and Klawock all set daily rainfall records on Tuesday, coming in at just under 2 inches. Petersburg set a daily record at just over 2 inches. But Ketchikan earned the rainfall title with a staggering 5.56 inches of rain.